Freshly released from prison three months ago, Cheyenne cleans ferries while dreaming of running off to Amazonia. Lola is a stunning, selfish Parisian with no scruples who shows up in the North of France to move in with her lover. When Lola kills her sweetheart's wife, Cheyenne, an involuntary witness, knows she will be accused of the murder due to her record. She is obliged to seek help from the local crime lord to get rid of the body. A favour that will sweep the two women into a dangerous game of duplicity, all the while allowing them to make a fortune behind everyone's back.

Canneseries’ third season set to unspool on the Croisette and online

Stealing particular focus on the agenda of the festival unfurling 9 – 14 October is a competition comprising ten long series, which will include eight world premieres and two international premieres

From 25 March-7 April, industry professionals will have online access to 16 projects participating in the Co-Pro Pitching Sessions, as well as several world premieres in the Buyers Showcase

The Grand Prix and Best Actor Award have gone to the British series, while the Best Actress Award and Audience Award were bestowed upon the French production Mytho 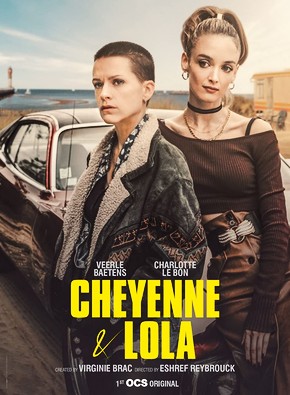