THE KILLING OF A JOURNALIST

A young investigative journalist and his fiancée are brutally murdered in their home in Slovakia. Their deaths inspire the biggest protests in Slovakia since the fall of communism. The story takes an unexpected turn when a source leaks the secret murder case file to the murdered journalist’s colleagues. It includes the computers and encrypted communications of the assassination’s alleged mastermind, a businessman closely connected to the country’s ruling party. Trawling these encrypted messages, journalists discover that their country has been captured by corrupt oligarchs, judges and law enforcement officials. A reckoning awaits.

more about: The Killing of a Journalist

Matt Sarnecki's investigative documentary about the 2018 murder of journalist Ján Kuciak explores the effects of corruption in Slovakia, holding a mirror up to many self-proclaimed democracies

Interview: Matt Sarnecki • Director of The Killing of a Journalist

"Thanks to the clear evidence, this case is a blueprint for how corruption works throughout the region, but maybe also around the world"

The director unpicks his investigative documentary that tackles the 2018 murder of Slovak journalist Ján Kuciak and his fiancée, Martina Kušnírová

Laura Mora Ortega has won her second big prize in a month, following her victory at San Sebastián, whilst Elena Avdija’s Stuntwomen was awarded the Golden Eye in the Focus Competition

The fifth edition of AJB DOC is ready to kick off

The festival, set to be held from 9-13 September, is continuing the tradition of showcasing TV documentaries but is also being innovative by launching its Industry Days platform

Documentary The Killing of a Journalist to premiere at Hot Docs 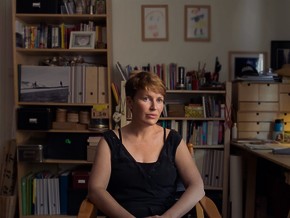 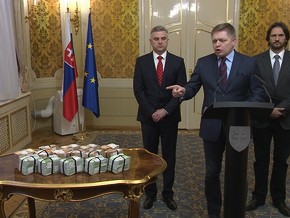