THE SECRET LIFE OF WORDS

An isolated spot in the middle of the sea. An oil rig, where all the workers are men, on which there has been an accident. A solitary, mysterious woman who is trying to forget her past is brought to the rig to look after a man who has been temporarily blinded. A strange intimacy develops between them, a link full of secrets, truths, lies, humour and pain, from which neither of them will emerge unscathed and which will change their lives forever. A film about the weight of the past. About the sudden silence that is produced before a storm. About twenty-five million waves, a Spanish cook and a goose. And, above all else, about the power of love even in the most terrible circumstances.

more about: The Secret Life of Words

The Secret Life of Words

Words have a life, and this life lies entirely in the "spoken", in the challenge of the unspeakable. Precisely like cinema, which confronts that which cannot be adequately expressed

The Secret Life of Words

El Deseo is financing Nieva en Benidorm, the new movie by the Catalan director, filming for which kicked off on Monday in the titular multilingual tourist hotspot

From April 23-29, Rome’s Farnese Persol Cinema will host the third edition of CinemaSpagna - Festival of Spanish Cinema. As in its previous editions, the event – organised by EXIT Media and backed...

An original love story between a Japanese hitwoman and a Spanish wine seller in Tokyo marks the Competition debut of Spain’s Isabel Coixet at the Cannes Film Festival. The setting and subject of...

European Distributors: Up Next! - Slovakia

Nordic films back on screens

Summer has been good for cinema admissions in the Nordic territories - thanks to US blockbusters. But new Danish and Swedish films are back in this week's Top 10 and eight new European films...

French outfit Diaphana is in the spotlight today, with its release on 199 French screens of Marjane Satrapi and Vincent Paronnaud’s animated film Persepolis, winner of the Jury Prize at the Cannes...

Originally planned for early May, shooting on Belgian director Jaco Van Dormael’s third feature Mr Nobody has begun only this week. Between directing commercials, teaching and producing (La vie... 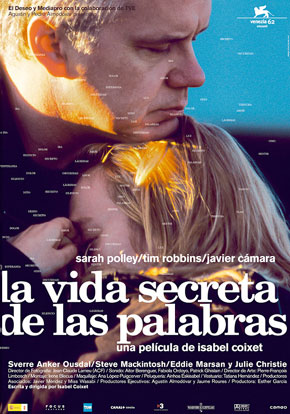