Finland goes to war and 9 year-old Eero's father is sent to the front. Even though his father promises him that the war will soon be over, things are never the same again. Shortly after the start of the war, sad tidings come from the front that make Eero's mother, Kirsti, break down completely. Unable to look after her son, Kirsti sends Eero to neutral Sweden. The journey towards a new country and a new mother begins.

more about: Mother of Mine

Finland sends The Fencer to fight for the Oscar

Klaus Härö’s new film, shot in Estonia, will be his third submission for the Oscar nomination for Best Foreign-language Film

Only one of 4,000 festivals in world deals with war

In its latest round of production support, the Finnish Film Foundation (FFF) has awarded a total of €1.3m to five new feature films, including three international co-productions. The Italian Key...

Klaus Härö’s Letters to Father Jacob won the Golden Pyramid for Best Film, as well as Best Screenplay (also by the director), at the 33rd Cairo International Film Festival in Egypt. Producer Rimbo...

Father Jacob in the running

Klaus Harö’s Letters to Father Jacob is Finland’s entry for this year’s Oscars nominations in the Best Foreign Language Film category. This is the second time the 38 year-old Härö is representing...

Tomorrow marks the opening of the 21st edition of the Nordic Film Festival in Rouen (March 5-16), an unmissable showcase of films that are still rarely distributed in French theatres. The...

The Stockholm-based NonStop Sales has announced a series of deals on the Estonian award-winning film The Class and the animated film Gnomes & Trolls. Ilmar Raag’s The Class was sold to Sweden...

A story from the heart of Andalusia

In February 1888, hundreds of inhabitants of Riotinto (Huelva, Andalusia), headed a protest against the miserable and dangerous working conditions in the local mines, which were run by a British... 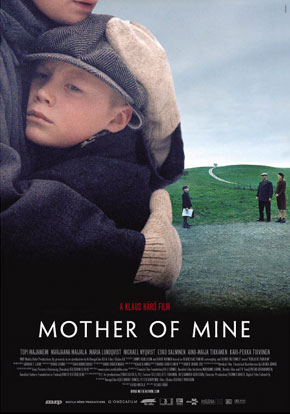