Chad, 2006. The government has granted amnesty to all war criminals. Atim, 16 years old, is given a revolver by his grandfather so that he may kill the man who killed his father... Atim leaves his village for N’djamena, seeking a man he does not know. He quickly locates him: former war criminal Nassara is now married and settled down as the owner of a small bakery... With the firm intention of killing him, Atim gets closer to Nassara under the guise of looking for work, and is hired as an apprentice baker... Intrigued by Atim's attitude toward him, Nassara takes him under his wing and teaches him the secrets of making bread... Over the weeks, a strange relationship evolves between the two. Despite his disgust, Atim seems to recognise in Nassara the father figure he has always needed, while Nassara sees the teenager as a potential son. One day, he suggests adoption...

What is more necessary, in an African country, than bread? Or those who knead it artfully, cook it and sell it every day? But what if behind that generous and somewhat gruff man, who gives away...

CANNES 2021: Mahamat-Saleh Haroun delivers a luminous work about a mother whose love for her daughter causes her to change course and to set about surmounting social and religious taboos

A Season in France: An asylum seeker's romance

The filmmaker, who has been awarded at Venice and Cannes, will assemble a cast including Eriq Ebouaney, Sandrine Bonnaire and Bibi Tanga; production is entrusted to Pili Films and sales to MK2

An especially big line-up at Cannes for Doc & Film International

Among its greatest assets are Chouf and Hissein Habré, A Chadian Tragedy in the Official Selection, and The Lives of Therese in Directors’ Fortnight

Abbas Kiarostami on the jury for short films and Cinéfondation

The Iranian filmmaker will be joined by Noémie Lvovsky, Daniela Thomas, Mahamat Saleh-Haroun and Joachim Trier

Grigris: he dances against all odds 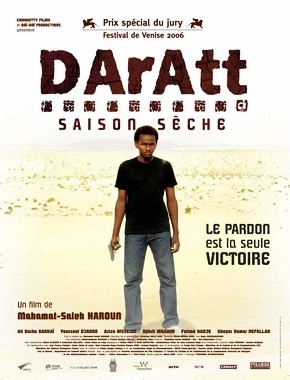