In the 17th century, during Spain’s conflict with Flanders, the courageous soldier Alatriste fights yet another senseless war, for nothing more than honour. His friend and comrade-in-arms Balboa, before dying after a fatal ambush by the Dutch, asks Alatriste to take care of his son Íñigo. Once back in Madrid, Alatriste finds a kingdom in runs, and court, that of Philip IV, ruled by deception and corruption and manipulated by Count Duque de Olivares. Returning to being a mercenary, Alatriste refuses to carry out a murderous order of the Holy Inquisition and from then on finds himself with enemies both in Madrid and in the cold lands of Flanders.

To understand what kind of film Augustin Diaz Yanes’ Alatriste is, in competition at the RomeFilmFest, one needs to know that it is based on a successful novel by Spanish author Arturo Perez...

The novel by Arturo Pérez-Reverte has been adapted by Colombia’s Sergio Dow, with Amaia Salamanca and Richard Armitage playing the lead roles 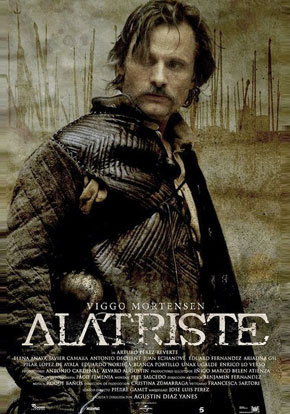