Freely inspired by real events. One November morning in 1991, 17 year old Rita approached the Chief Prosecutor of Palermo, intent on vindicating her father's and brother's mafia related deaths. This marked the first time that the daughter of a mafia family openly rebelled against the traditionally male dominated organization. From then on, Rita's days were counted. Repudiated and threatened by her boyfriend, her hometown and even her mother, she was forced to leave Sicily and move to Rome where she lives under another name.

more about: The Sicilian Girl

The courage of The Sicilian Girl

Cineuropa met with Italian director Marco Amenta to talk about his project Anna, produced by Eurofilm and co-produced by Mact Productions, during the Cinemed Meetings

Today sees the arrival in theatres of the latest documentary by Marco Amenta, an intimate journey alongside the son of famous and dearly departed Italian-American character actor Vincent Schiavelli

Italy’s powerhouse public film entities, Cinecittà Luce, and RAI Cinema, announced yesterday at the Cannes Film Festival that they are formalising their partnership to support first and second...

This week, Belgian theatres are playing host to a major event: The Barons are hitting screens, determined to take on audiences. Following the success of Eldorado last summer, French-speaking...

Seventy percent of the films screening at the 37th Norwegian International Film Festival in Haugesund (August 20-27) are of European origin, an absolute record for programme artistic director... 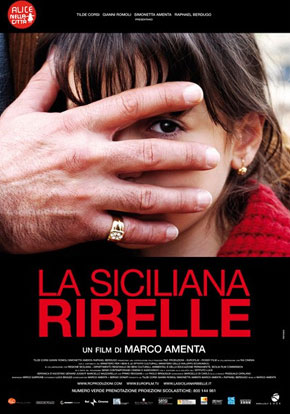