A theatre company from Prague arrives in Cracow to present a stage adaptation of Dostoevskij’s novel "The Brothers Karamazov" at the city’s alternative drama festival; the production is to be staged in an unusual venue – the local steelworks. As rehearsals get under way, we follow not only the emotional story examining issues of faith, immortality and the salvation of the human soul, but also the relationships within the acting troupe itself, which strangely reflect Dostoevskij’s “great” themes. The stage drama is transferred to the real world when a tragedy occurs during rehearsal involving one of the spectators...

more about: The Karamazov Brothers

Tomasz Wiński is putting the finishing touches to the psychological drama, which examines hidden needs, desires and the limits of freedom

The new film by Petr Zelenka is heading to London

Jan Hřebejk received his third Golden Kingfisher April 24, at the conclusion of the 23rd Finale festival of Czech film in Plzeň, where Kawasaki's Rose was named Best Feature Film. The film, about...

Jiří Chlumský’s Broken Promise and Vlado Balko’s Soul at Peace lead the race for the Slovak Film Academy Awards, with each film receiving nominations in nine categories. They are contending for...

Slovak-born director Juraj Herz has completed filming on his newest production, Habermann. Habermannis based on a true story about a German mill owner who married a Czech woman before WWII. While...

Interview: Interviews with the Authors IV 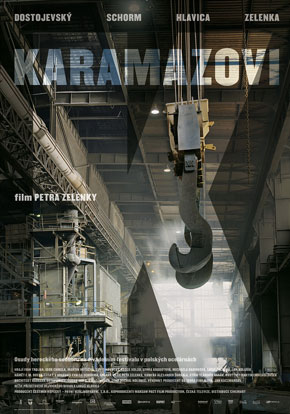