The misadventures of Largo, the hidden heir of multimillionaire Nerio Winch, founder and majority shareholder of the W Group. On the death of his father (drowned in suspicious circumstances), Largo – who was adopted almost 30 years previously in a Bosnian orphanage – is imprisoned in the Amazon after being accused of drug trafficking. What if these two events are part of a plot to take control of the Winch empire?

With a story featuring the contrasting paths of Captain Cousteau and his family, Jérôme Salle has made an adventure film set on the high seas

Jérôme Salle and the epic shoot for The Odyssey

From the seafloor to Zombillenium: The results of the 55th Wallimage session

For its final session of 2015, the Walloon regional investment fund is backing six feature-length fiction and documentary projects, and two animated titles

Tomer Sisley toplines this adaptation of the novel by DOA, produced by The French Connection and Capture The Flag, and set to be sold by SND

The Film is shooting Rosalie Blum

Daniel Auteuil on board for Vincent Garenq’s Kalinka

The shoot is due to kick off soon, featuring a cast that also includes Sébastian Koch and Marie-Josée Croze; LGM Cinéma is producing, while distribution will be courtesy of StudioCanal

Orlando Bloom and Forest Whitaker lead the investigation in Cape Town with all the stops pulled out. An efficient thriller in English by French director Jérôme Salle

Zulu by Jérôme Salle to close the Cannes Film Festival

The thriller with Orlando Bloom and Forest Whitaker will be screened on Sunday, May 26th, closing the 66th Cannes Film Festival 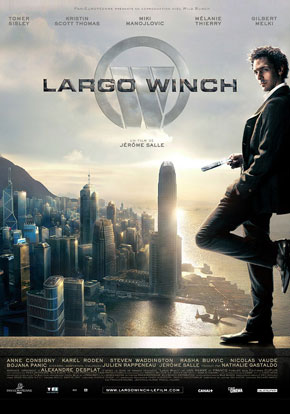