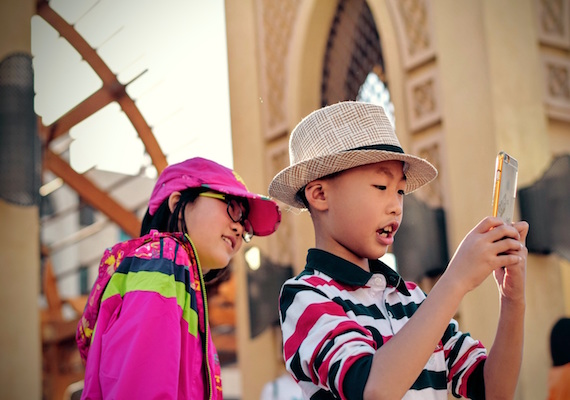 Gender is an important axis that shapes media participation starting from an early age. This has recently been noticed in several studies concerning young people and media (eg. EU KIDS Online; Kotilainen & Suoninen 2013). The early traits may have implications later in the life-paths of the young – not only as audiences of media, but through gendered interests for creative participatory inputs in media and, even choice of careers.

Media educators can help children develop a positive sense of their own gender. In media productions, a positive learning environment could be created for young children offering an anti-bias worldview. Identifying differences in gender-like uses of media is the base for adults in equipping children with positive learning of media skills regardless of gender.

Among the Finnish children, girl-like and boy-like uses of internet become visible between the ages of three to six so that boys tend to take more active, even public roles related especially to gaming (Kotilainen & Suoninen 2013). However, this should not be understood as a natural gender difference between the girls and the boys only, because this habit-based study bases more on children’s tastes in media as gendered cultures. However, the statistical surveys titled “Children’s Media Barometer” was implemented yearly from 2010-2014 among girls and boys aged 0-12 with the aim of developing activities in media education. The main method was a statistical questionnaire with mainly children as respondents, depending on the age. Twicethis study was implemented as “kids to kids”, when youngsters aged 14-16 were trained to interview younger children based on the questionnaires around Finland.

From the perspective of gender, we looked again all Children’s Media Barometer studies 2010-2014. As a result we ended up with stereotyped preferences of children in their own uses of media (Kotilainen and Suoninen 2013):

Results indicate that the 3-4 year olds began watching audio-visual programs and playing digital games increasingly alone or with other children, and no longer only in the company with adults. Their own media preferences were announced by the age of 5-6 and, 7-8-year-olds were online through their mobile with increased use of various Internet services and gaming online. Gender-like uses were visible as repeating stereotypes. Girl-like communication online showed out more focusing on “neighbourhoods” meaning small familiar audiences, for example, on hobby sites and services online. Moreover, girl-like activities were social like discussions among friends. On the opposite side, boy-like participative activities were, for example, shooting videos and publishing them to broad, even mass audiences on YouTube. Online gaming and other competitive activities were common (Kotilainen and Suoninen 2013; Kotilainen 2015).

For example, Oliaya E. Aina and Petronella A. Cameron (2011) discuss how children develop gender identity, i.e. begin to understand what it means to be male or female. This happens between the ages of 3 and 5 and follows with children developing stereotypes, which they apply to themselves “in an attempt to give meaning to and gain understanding about their own identity “ (Aina and Cameron 2011, 11). Following this, results of Children’s Media Barometer (see Table 1) show children’s own stereotyping in relations with online media. It is clear that children’s gendered online activities belong to self-understandings as boys and girls.

From gendered to anti-bias interpretations

Since we do not believe that children live in isolation from the surrounding culture, we have to consider the role of media as well in offering stereotyped understandings. For example, what kind of gender-like interpretations do children’s films and other audio- visual media offer to children audiences? For example, results from a comparative research in 24 countries on children’s television consumption indicate that there were more than twice as many male characters than female ones and in cartoons the proportion of females was even lower. Moreover, the research indicated girls being portrayed disproportionately as a member of a group and equal, and rarely as a loner or an antagonist (Götz et. al. 2008).

So, how could we proceed towards an anti-bias worldview? I argue for the awareness of the gendered cultures of media use among children and, its belonging to the identification process. The base should be a positive learning environment for children to learn critical media literacies for identifying stereotypes and, to be encouraged in taking roles of the antagonist or the producer as well, not dependent on the gender. This kind of awareness should be taught and included in academic study programs. One of the ways of an anti-bias children’s production could be developed as a participatory design research with children.

Some links as learning material related to the issue:

Media Smart Canada: Talking to Kids about gender in the media

The article is published in co-operation with KIDS regio, lobby initiative for high quality and multi-faceted European Children’s Films.