The Göteborg Film Festival's Nordic Film Market last week presented 17 new projects from established filmmakers in its Works in Progress section, in addition to nine first features in the Discovery - Films in Development section. Below, Cineuropa outlines the most promising of the Works in Progress.

The main Nordic sales company, TrustNordisk, is on board four projects that were presented. A Better Life (working title), the new film by Michael Noer (Key House Mirror), is a drama set in the harsh winter of 1850 in rural Denmark, where a farmer has to make a tough decision to save his family from starving. Jesper Christensen stars, and the film is being produced by Nordisk Film Production.

Another film from the same production company is That Time of Year, with Paprika Steen back in the director’s chair after a ten-year break. It is a drama set amidst a Christmas celebration, full of unpleasant family relations. Jacob Lohmann, Sofie Gråbøl and Lars Brygmann star in addition to Steen. 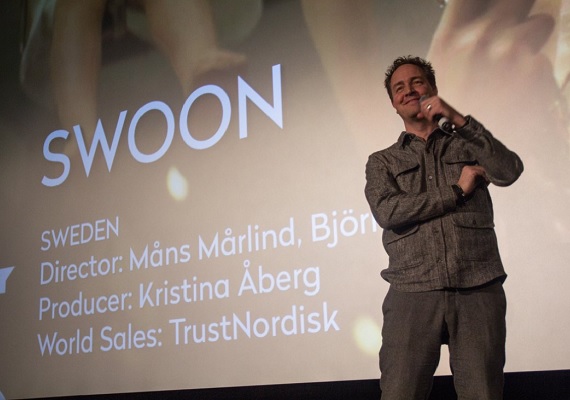 Swoon, from the Swedish directorial tandem of Björn Stein and Måns Mårlind, known for Midnight Sun, Shelter and Underworld: Awakening, is a big-budget story of forbidden love set in the sparkling world of two neighbouring amusement parks during the Second World War, based on a true story. Swedish supermodel Frida Gustavsson and newcomer Albin Grenholm play the couple in love, while Nordic stars Pernilla August and Robert Gustafsson are in supporting roles. The film is being produced by Atmo AB.

Another big period piece is Sonja - The White Swan (previously titled Queen of Ice), a biopic of legendary skater and 1930s Hollywood star Sonja Henie, played by Ine Marie Wilmann and directed by Anne Sewitsky (Homesick, the TV series Monster). It is being produced by Maipo Film.

At Göteborg, it was announced that New Europe Film Sales had picked up the untitled Anna Odell project, in which the director of The Reunion teams up with famous actor Mikael Persbrandt to work on a feature film to deconstruct themselves and their habitual roles, including gender identities. It is being produced by B-Reel Films.

Another title from the same production company is being sold by The Match Factory: the documentary Bergman – A Year in Life focuses on the great Swedish auteur's hyperproductive year of 1957. Jane Magnusson is directing the film, which is in the final stages of post-production, and the materials will also be edited into a TV series. 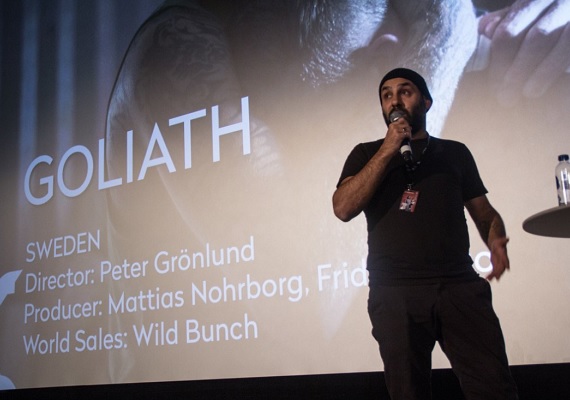 Wild Bunch is on board another B-Reel Films title, the second feature by Drifters director Peter Grönlund, who again delves into a criminal milieu with Goliath, about a father who, after ending up in jail, decides that his unprepared teenage son is to take over the family business and take responsibility for the family itself. Grönlund has cast non-professionals in the main roles, and the film is currently in editing.

Beta Cinema is selling Woman at War, the new feature by Benedikt Erlingsson, who has cast Halldóra Geirharðsdóttir from his hit Of Horses and Men as a single woman fighting heavy industry in Iceland, risking everything, until an orphan from Ukraine enters her life. It is a co-production by Iceland's Gulldrengurinn and France's Slot Machine. 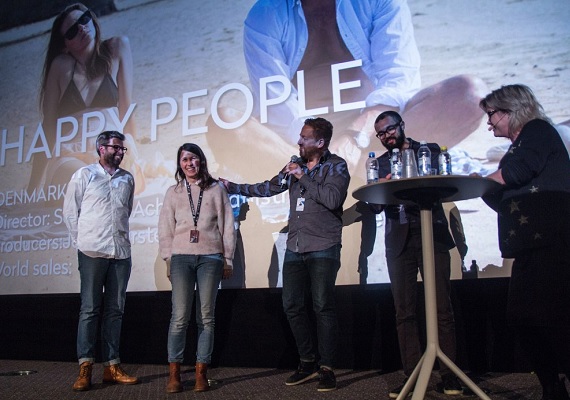 Happy People by French-Danish filmmaker Samanou Acheche Sahlstrøm (In Your Arms) is the story of a couple whose child disappeared while they were on holiday on Gran Canaria, and who go back to sell their house there. Sahlstrøm is Lars von Trier's pupil and collaborator, which is evident in the choice of theme and the handful of impressively uncomfortable clips that production company Meta Film showed at Göteborg. The international rights are available.

Beware of Children, the long-awaited second feature by Norway's Dag Johan Haugerud (I Belong), is about a 13-year-old girl, the daughter of a liberal politician, who accidentally beats a classmate, the son of a prominent right-winger, to death. It is a Motlys A/S production.

Three interesting projects from Finland were also presented. One Last Deal is the new film by The Fencer team comprising director Klaus Härö and writer Anna Heinämaa, produced by Making Movies, about an art dealer looking for that one last deal to enable him to retire as a winner. He introduces his grandson to the business – by borrowing all his savings. Veteran actor Heikki Nousiainen, who has more than 100 credits to his name, stars.

The Human Part by Juha Lehtola (Boy Upside Down) is a drama-comedy in a Kaurismaki vein, about a penniless middle-aged man who has convinced his family that he is still the CEO of a successful company. When his parents unexpectedly come to visit, he throws a lavish family dinner party where things spiral out of control. The Other Side of Hope star Hannu-Pekka Björkman plays the main role in this Bufo production. 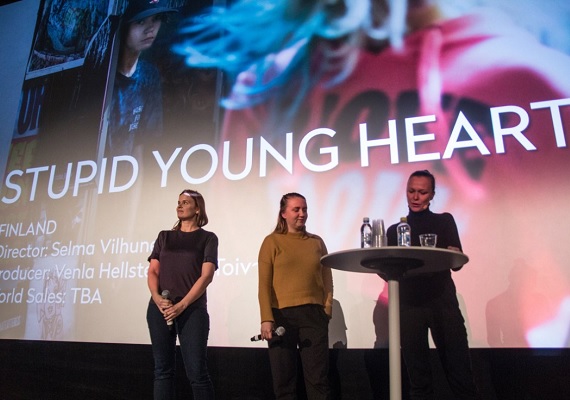 Little Wing director Selma Vilhunen is back with Stupid Young Heart, about two teenagers not yet properly in a relationship and with a baby already on the way. Newcomers Jere Ristseppä and Rosa Honkonen star, and the movie is being produced by Tuffi Films.

Also at Göteborg, Moving Sweden, a micro-budget scheme intended to give both new and experienced filmmakers a chance to challenge their creativity and explore new formats, announced the five projects it will support this year with a total of €2.1 million. Moving Sweden is a co-operative scheme run by the Swedish Film Institute and Swedish Television SVT (which will air all supported content), together with regional funds Filmregion Stockholm-Mälardalen, Filmpool Nord, Film i Väst, Film i Skåne and Regionala resurscentrums samarbetsråd.