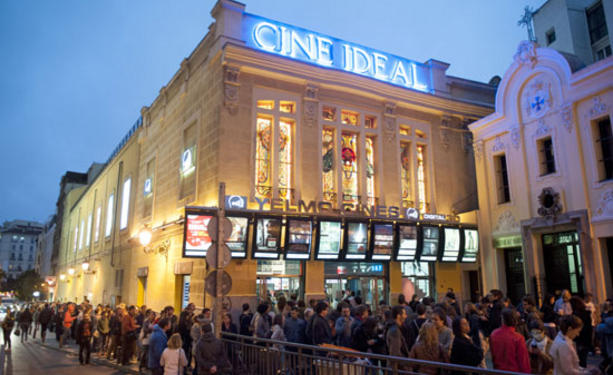 Visitors to the most recent Fiesta del Cine (Cinema Party)

At an event held last Saturday, the last day of the San Sebastián Film Festival, which saw the attendance of festival director José Luis Rebordinos, filmmaker Manuel Gutiérrez Aragón was joined by a Basque audiovisual communication student as he read out a manifesto that called for a conference that will take place over the course of 2015, as long as the necessary parties get involved.

Other matters that it is useful to raise at such a critical juncture for film production are piracy, new forms of consumption, the legal framework, promotion outside and within the Spanish borders, and the role played by the agents who are involved in the new digital film arena.

According to the organisers, this will be “an opportunity for diverse and cross-cutting discussions, debate and the updating of ideas for the survival of our cinema, in terms of both culture and industry, re-evaluating the relationship between cinema and society”. It is hoped that the sceptics at FAPAE will get behind the official announcement, which the government itself will also be invited to support: “Nobody will be left out of this call, which flows from a cultural source towards the industry, and not the other way around.”

In a show of support for this call for change, filmmakers such as Borja Cobeaga and Kike Maíllo were in attendance, as were industry figures like Enrique González Macho, the president of the Academy, as well as Rebordinos, who praised the initiative: “As programmers, we have witnessed an incredibly creative film industry here in Spain. That's why it's so good to talk; nobody can say no to dialogue.”