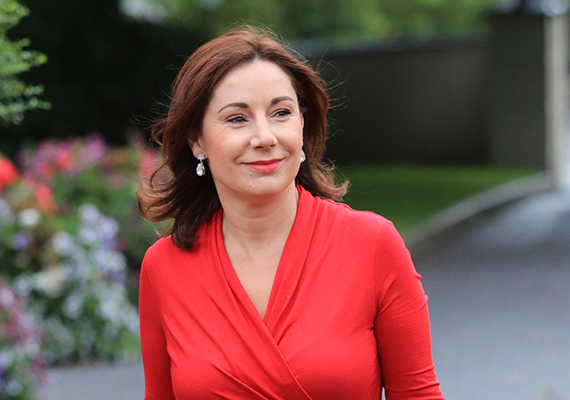 Josepha Madigan, current Minister for Culture, Heritage and the Gaeltacht, has officially launched an all-embracing action plan aimed at transforming Ireland into a global leading force in film and TV production. This provision, worth €200 million in total, is the result of a thorough economic assessment carried out by Olsberg SPI and Nordicity, two international consultancy firms specialised in providing public and private bodies with long-term solutions to develop their creative industries.

The plan, approved under the Creative Ireland Programme, includes the following measures: an extension of the Section 481 tax relief; an increase in the expenditure ceiling; the periodical completion of a review by Screen Ireland (formerly the Irish Film Board) of the funding models of foreign film agencies; an increase in capital funding for the film sector, including co-production and development funding; a series of marketing actions aimed at attracting major computer-game studios to Ireland; and a strong focus on increasing business skills development.

Furthermore, the action plan will contribute to the creation of a specific fund for the development of films and TV drama, a fund for new Irish TV drama, a regional production fund and additional training initiatives. These massive changes will be supervised by a steering committee, which will be in charge of overseeing the plan's implementation and monitoring possible risks, reporting regularly to the minister.

The Olsberg/Nordicity report outlined a range of strategic roadmaps that would assist in the long-term development of the Irish audiovisual sector: their recommendations should contribute to doubling employment to over 24,000 full-time media professionals, with a gross value added of nearly €1.4 billion. James Hickey, CEO of the newly created Screen Ireland, has enthusiastically welcomed the creation of the action plan and the results of the strategic report: “This report will provide an invaluable framework for the growth of our industry over the next five years. The Irish Film Board is now known as Screen Ireland – a new name that not only reflects the broadening remit of the agency within Ireland’s audiovisual sector, but also encapsulates the ambitious vision that the government has for the future of the sector, which is now set out in the Audiovisual Action Plan.”

Finally, Minister Madigan highlighted the crucial role of the film sector within the action plan: “Ireland has the creative talent, storytelling, literary history, international credibility, geographic location and incentive structures to be a global leader, to tell compelling Irish and universal stories on screen, and to grow and sustain a vibrant, creative audiovisual sector. Our Irish cultural heritage introduces Ireland on the world stage and allows us to express our national identity. Film in particular offers us a way to do that effectively.”

For further information, the action plan and the report compiled by Olsberg SPI and Nordicity are both available here.