The seventh edition of the CEE Animation Forum, the leading pitching event for animated film in Central and Eastern Europe, took place from 6-8 May in Třeboň, in the Czech Republic. Here, Cineuropa profiles the ten award-winning projects (see the news). 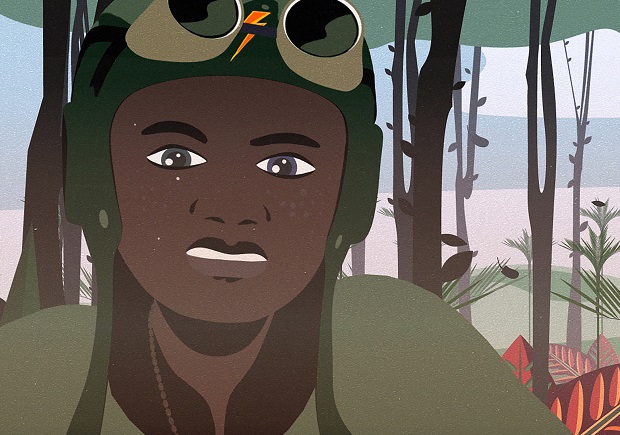 Allah Is Not Obliged by Zaven Najjar

Winner
Allah Is Not Obliged (France/Luxembourg/Belgium)
French commercial designer, illustrator, animator and filmmaker Zaven Najjar has teamed up with producer Sébastien Onomo, of Special Touch Studio, for this 3D, CGI-animated feature about a child soldier in Liberia. When the mother of the protagonist, ten-year-old Birahima, dies, he leaves his native village in Ivory Coast, accompanied by sorcerer and cook Yacouba, to search for his aunt Mahan. Crossing the border into Liberia, they are seized by rebels and forced into military service, and Birahima becomes a child soldier. Luxembourg's Paul Thiltges Distributions and Belgium's Lunanime BVBA are also on board.

Special Mention, Pop Up Film Residency Scholarship Award
Piece (Ireland/France/Hungary)
Irish filmmaker Alan Holly, whose 2014 title Coda won Best Animated Short at SXSW, makes his feature debut with the traditionally animated Piece. It is a teen drama about a group of youngsters who get trapped at a house party in the suburbs of Dublin as flooding hits the city. With their own problems thrown into stark perspective in the face of real danger and the very real effects of our fast-changing climate, these young people are brought to question their place in the world and their part in its future. Ciarán Deeney and Carla Vulpiani, of Dublin-based and maps and plans, are producing, with France's Ikki Films and Hungary's CUB Animation on board as co-producers. 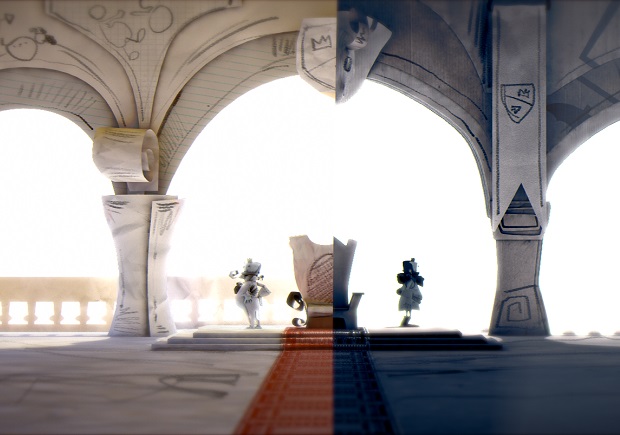 Twice Upon a Time by Vojin Vasović

Anomalia Scholarship Award, Nespresso Audience Award
Twice Upon a Time (Serbia/Canada)
Serbian-Canadian animation director Vojin Vasović has won more than 50 international awards for his shorts 5 Minutes Each (2011), Just for the Record (2019) and Twice Upon a Time (2017), produced through his company To Blink Animation, based in Belgrade and Toronto. Expanding his 2017 short into a 3D animated feature, he tells a fairy tale about Princess Nika, who is trying to win the attention of her ever-absent father, Poet King. She fakes her own kidnapping and ends up actually being abducted, only to realise that her father’s absence and neglect are due to his rivalry with his split personality – Warrior King. Vasović is also producing together with his colleague Milorad Kocić. 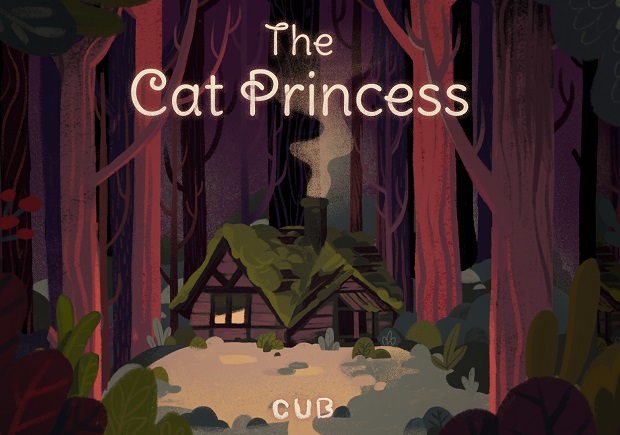 The Cat Princess by Iván Tamás

Winner
The Cat Princess (Hungary)
The 28-minute, traditionally animated TV special by Hungary's Iván Tamás is aimed at children of six to eight years old. It is the story of the Mournful Prince, who lives in a hut that stands in the middle of the deep, dark, fairy-tale forest. That is as far as he got after he set out to try his luck. When unexpected guests arrive, led by a mysterious cat, everything changes. Tamás is producing through CUB Animation together with Bálint Gelley.

Special Mention
Grandma’s Pond (France/Germany)
German filmmaker Friedrich Schäper is directing and producing this 26-minute TV special aimed at children aged 6-11. It is the story of Chloe, a 12-year-old girl who is supposed to be taking care of her little brother, when he disappears. The young girl and her grandma go looking for him on a mysterious island. Influenced by the eerie and poetic stories of Neil Gaiman, the TV special will be executed in vector-based 2D animation. In addition to Schäper's Studio Huckepack, Ivan Zuber is on board with his French-German company Laïdak Films.

Warsaw Kids Forum Direct Access Award
The Very Hairy Alphabet (Poland/Germany)
A TV series for preschool children, consisting of 26 episodes, each running for five minutes, is being directed by Eliza Plocieniak-Alvarez. Employing a digital cutout animation technique, the series is intended as a playful way of learning the alphabet and the English language with two amazing and unique characters: Nitso and Tebahpla. The pilot for the series was a diploma work at the Filmakademie Baden-Württemberg, and the director is looking for a production company together with producer Laura Messner in order to complete the project. 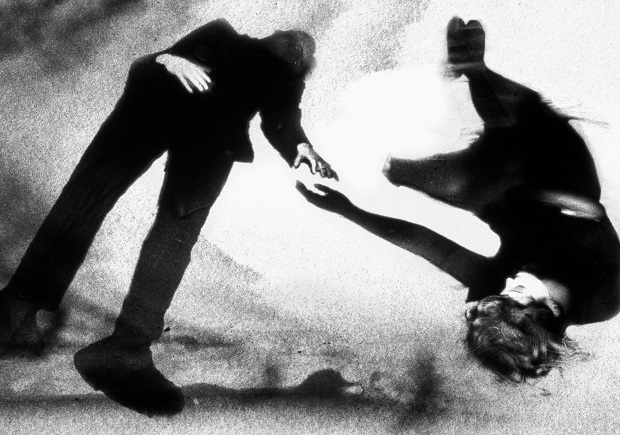 Kafka in Love by Zane Oborenko

Winner
Kafka in Love (Latvia)
This black-and-white, 12-minute animated short by Zane Oborenko is inspired by Franz Kafka’s Letters to Milena. The author's long-distance relationship soon becomes a passionate, epistolary love. Franz, married to his fear, and Milena, married to her husband, finally manage to meet in person, but the timing is crucial for both of them. Sabine Andersone is producing through Riga-based Atom Art.

Animation Sans Frontières Scholarship Award
Lea Vidaković, of Adriatic Animation, for The Family Portrait (Croatia/Serbia)
This 12-minute stop-motion animation by multimedia artist Lea Vidaković (The Vast Landscape), set in an aristocratic home just before World War I, is described as a poetic, dark and somewhat humorous social observation, in which family ties and relationships are broken down and dissected into pieces. Draško Ivezić is producing through Adriatic Animation, with Ivan Bereš, of Serbia's Origin Tales, on board as co-producer.

CEE Animation Workshop Scholarship Award
Vessela Dantcheva, of Compote Collective, for Where to (Bulgaria)
Directed by Asparuh Petrov, this five-minute, traditionally animated short, aimed at adult audiences, is about a man who contemplates past memories from his life and falls into a void only to find himself nailed down by his own deeds. Dantcheva is producing through Sofia-based Compote Collective. 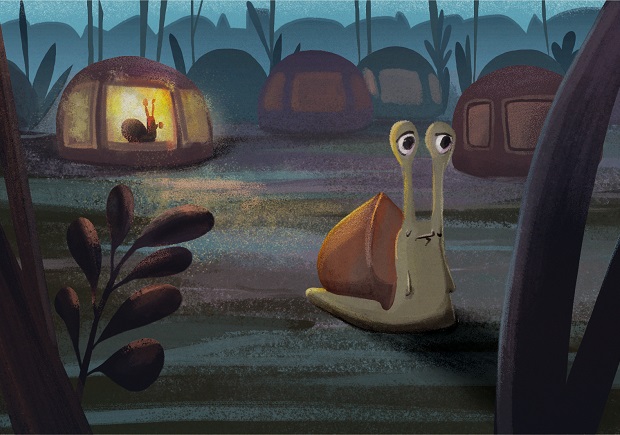 EAVE Marketing Workshop Scholarship
Ioana Lascar, of deFilm, for Viskovitz (Romania)
Aimed at young adults, this traditionally animated, eight-minute film explores sexuality through a story about a shy teenage snail who escapes from the community, scarred by all of his peers' sexual interactions. Romanian-Moldovan director Serghei Chiviriga (The Best Customer) is on board, and Lascar is producing through Bucharest-based deFilm.