When a debut film can elicit comparisons with the Golden Age of Hollywood, has elements of the oeuvre of David Lynch and recalls Michelangelo Antonioni’s Zabriskie Point, then it is probably doing something right. Playing in the Critics’ Week at the Cannes Film Festival, Amin Sidi-Boumédiène’s tense drama Abou Leila [+lire aussi :
bande-annonce
fiche film] starts with a title card telling us that it’s Algeria in 1994, during the so-called “Black Decade” when the country was in the midst of the devastating Algerian Civil War. The conflict lasted from 1991-1999, and over 150,000 citizens died. Yet it would be a mistake to think that this is a chronicle of the wartime years; indeed, the strength of this startling work lies in the fact that from this moment on, Algeria is not mentioned again. That’s because Sidi-Boumédiène doesn’t care for the facts of war, and instead has made a psychological drama about the effects of violence on society. It’s hugely impressive.

This is a road movie about fear, trauma and violence. The tone is set from the first few moments, during which we witness a street shootout between gunmen and the police. It’s a seemingly abstract scene, as little information is given about what has happened or why; that’s just how it is. Throughout, Sidi-Boumédiène drip-feeds us information slowly, as that is not what matters; it is a movie about a psychological state. As such, atmosphere takes on a greater importance, and this is aided by the spectacular cinematography by Kanamé Onoyama and a chilling soundtrack.

Two childhood friends, S. (Slimane Benouari) and Lotfi (Lyes Salem), travel through the Sahara desert in search of a terrorist, the eponymous Abou Leila. Their car seems tiny in the vast vista of the desert, and they seem to be on a quest to nowhere. That feeling is reinforced by the mental state of S., who suffers from nightmares about his own childhood. Lotfi is trying to be the good, supportive friend, protecting and accompanying his pal, trying to help him through a difficult time.

It slowly becomes apparent that we are seeing the world through our protagonist’s eyes, and it’s a world where reality and his surrealistic imagination have long since been welded together. Plus, being able to imagine dead animals and scenes of bloody gore is always good for showing horror. There are constant reminders of the state of war, such as a moment of violence with a car door that is brutal, random and harrowing.

The two central performers deliver startling performances. They have difficult parts to play, and they successfully evoke the idea of being long-time friends, as well as being under immense stress. The story slowly unfolds over 140 minutes, but Sidi-Boumédiène puts us in a trance-like state in a manner that would make Andrei Tarkovsky proud. Like Lynch’s Blue Velvet, Sidi-Boumédiène uses bizarre, otherworldly images to discuss mortality. There are a lot of ideas in this film, but not all of them work, most notably a final voiceover that is in the third person and which feels expositional. But overall, those who like their cinema tense and experiential will find a lot to admire in this impressive work.

Abou Leila is a Thala Films (Algeria) and In Vivo Films (France) presentation, which was produced by Yacine Bouaziz, Faycal Hammoum, Claire Charles-Gervais and Louise Bellicaud, in co-production with the Algerian Centre for Cinema Development, and in association with France’s KNM Production. Its world sales are handled by Films Boutique.

Critique : Copenhagen Does Not Exist 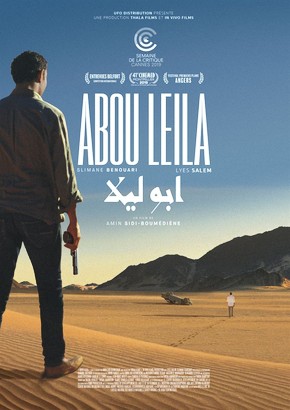 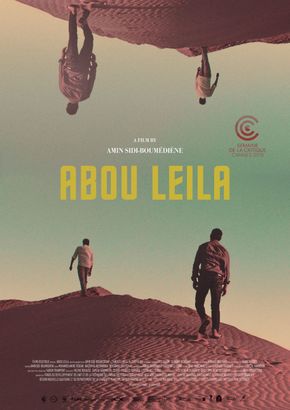 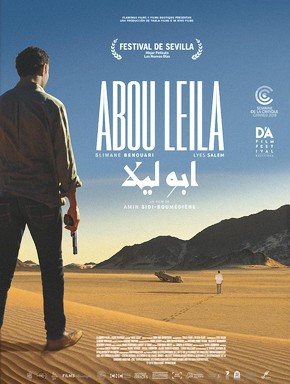 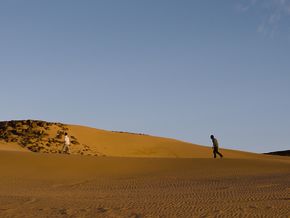 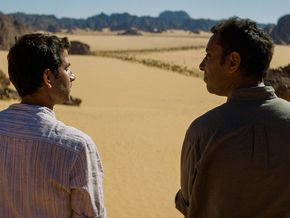