Critique : Love It Was Not

Israeli filmmaker Maya Sarfaty won the Student Academy Award for Best Foreign Documentary with her 2016 effort The Most Beautiful Woman. The short film's story about Helena Citron, a Jewish prisoner in Auschwitz who was in a romantic relationship with one of the high-ranking SS officers in the concentration camp, Franz Wunsch, is now the subject of Sarfaty's feature-length documentary Love It Was Not [+lire aussi :
bande-annonce
fiche film], which has just world-premiered in Docaviv's Israeli Competition.

An early image from the film, which consists entirely of interviews, archive footage and photographs, is the most jarring one: a pretty young woman, smiling at the camera while dressed in the notorious, striped Auschwitz uniform. Having lived in Humenné in what is today Slovakia, Helena was among the first women to be sent to the camp in 1942, along with another thousand Czechoslovaks.

Testimonies from other prisoners, and from Helena herself, inserted from earlier TV interviews (she died in 2007), relate how Wunsch noticed her when she sang for the German officers. Many of the interviewees considered it a true love – that is how obvious their mutual attraction was. Thanks to it, Helena and her closest friends in the concentration camp ended up working in the "Kanada" barracks, by far the best (or the least bad) place, where they would sort the belongings of people sent to the gas chambers, and were able to take some for themselves.

Her relationship to Wunsch was, of course, instrumental in this, and it also helped her save the life of her sister Roza – but not the lives of Roza's children. This made the sisters' relations complex and troubled throughout Roza's life, which ended in 2005, and the film has a full chapter dedicated to them.

At one point, the viewer starts thinking about Wursch in affirmative terms, due to his affection for Helena and subsequent lenience shown to those close to her. His idea to cut off her head from the Auschwitz photo and put it on the head of a woman holidaying in, say, Venice, or pasting her head and also his own to photos of people in neutral circumstances, may feel romantic, escapist. But even the biggest apologist will be dissuaded from sympathising with the Nazi after hearing testimonies of his sadism towards other prisoners.

However, the most damning facts about Wursch surface long after the war. The film includes excerpts from an amateurish-looking 2003 video interview with him sitting in his garden and talking about their relationship, and how he saved her on multiple occasions, including from Josef Mengele himself, and whoever is talking to him refers to her as "the Jewess".

In the 1960s, Simon Wiesenthal warned the Austrian authorities about some 70 SS officers from Auschwitz who were living freely in the country. Only four of them were brought to court, and Wursch himself was tried in 1972. Helena was invited as a witness, and she came to "tell the truth, all the bad and all the good", as she says. This segment, which occupies the last third of the film, is in many ways the most exciting: it reveals not only Helena's and Roza's honest feelings, but also how difficult it was to obtain a conviction for Nazi crimes in Austria at the time. It could be an excellent topic for a documentary of its own.

Sarfaty's approach to the documentary is very traditional, with talking-heads interviews and some creative use of photographs, not unlike Wunsch's own collages, at times combined with models of Auschwitz to create a dramatic tension, along with the constant use of music, especially strings. The storytelling is compelling, and the director wisely homes in on the key targets in a gradual, careful way.

Love It Was Not is a co-production by Israel's Yes Docu and Austria's Langbein & Partner Media. Cinephil has the international rights.

plus sur : Love It Was Not

Critique : Love It Was Not 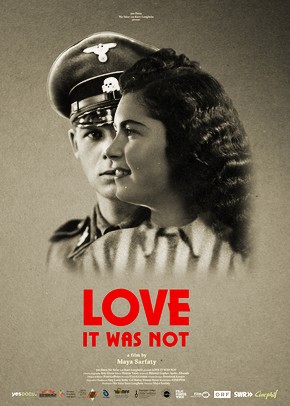 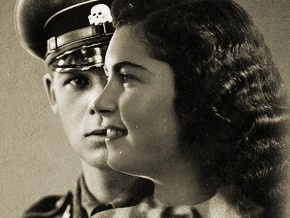