Premiering at this year’s online Glasgow Film Festival and adapted by famed Scottish novelist Irvine Welsh from Alan McGee’s autobiography of the same name, Nick Moran’s Creation Stories recounts the record producer’s unconventional path to chart domination in the 1980s and 1990s, stressing the tension between the roles of a producer in fostering talent, and in keeping a business afloat.

Irvine Welsh and actor Ewen Bremner, who plays McGee in the film, were of course first associated in Trainspotting (1996), and while Creation Stories is far from reaching the delirious heights of Danny Boyle’s cult classic, the film is similarly directed by an Englishman and centres on a Scottish character trying to make it in London. It’s a shame it does not do more with this dynamic, which is only present in its basic plot (McGee regularly travelled to London as a teen to play gigs with his band, and later established the offices of Creation Records in the English capital), though it is also felt in Bremner’s thick Scottish accent throughout.

Packing a considerable quantity of events into just 108 minutes, Creation Stories does not have the time to dwell on much at all, and engrossed in its relatively cheap-looking but lively aesthetic of fast cuts, archive footage and of course many, many songs, neither does the viewer. McGee’s eventual nervous breakdown, which carried with it depression and even agoraphobia, does little to slow things down: the producer was then at the height of his success, with Manchester band Oasis having just risen to fame, and McGee himself (who essentially narrates the film through Bremner) does not seem too keen on letting even a life-threatening diagnosis such as this temper the true punk spirit that drove his life (the producer explains that when he finally made it to London, the punk scene had already faded away; it seems to have lived on in some form in McGee).

Bremner’s dynamic performance grounds the character even as the world spins madly around him. His effortlessly realistic turn underlines something that the script already explores well and which is one of the most compelling aspects of McGee’s story: he was an average man whose only extraordinary qualities were a good ear for music and a steely desire to make the songs of the great acts he heard available to the public. The film does not argue that he was a genius at promoting bands or even that he made money from it – much is made of just how economically ruinous the whole enterprise was – but simply that his determination allowed him to face all kinds of humiliations and setbacks with incredible resourcefulness. This energy was partly fuelled by drugs, an integral part of the music scene that McGee helped to birth, but also by his own seemingly endless enthusiasm.

Like other biopics about staunchly goal-orientated people, this success story practically prohibits introspection, but more of it might have helped the film stand out from other similar fare and avoid unfortunate clichés. Despite some great supporting performances – Jason Isaacs as a sleazy film producer and Mel Raido as fellow Creation Records executive Ed Ball, an apparently grounding spiritual presence in McGee’s life, are standouts – the film too often indulges in dispiriting histrionics and crass humour, when a more straightforward approach, less eager to entertain, would have sufficed. McGee’s story is interesting and wild enough on its own. 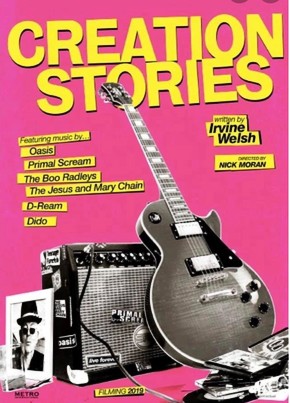 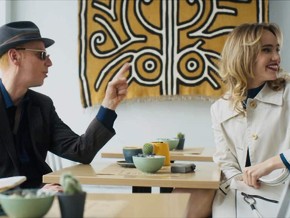