There must be something very tempting about returning to the protagonists of a documentary film. So tempting that it's a wonder directors don't do it more often, given the amount of time and attention they had to provide to them beforehand. Monika Treut probably felt it, too – that and good old curiosity, which probably kicked in as well – as she decided to take another look at the people she showed in Gendernauts: A Journey Through Shifting Identities, about the transgender movement in San Francisco. That was back in 1999, making it pretty much ahead of its time.

Or was it, really? Genderation [+lire aussi :
bande-annonce
fiche film], shown in the Berlinale's Panorama, doesn't exist to bask in the supposed progress that has been made since then. Nor does it exist to continue the same battle cries, as the activists she visits have changed – bashfully admitting to having turned into “homebodies” and mentioning their aching joints more often than not. It's almost funny how many conversations here are about real estate, a much hotter topic than sex once relationships enter their second decade, clearly. So many, in fact, that the title could be a play on “gentrification” as well, with stories of tech companies and big money taking over the town, as “success is killing San Francisco”. These revolutionaries still care, and they haven't forgotten, but now they have mortgage payments and families, so “social life comes second to work”.

It's obvious that “the scene” Treut used to observe before is long gone, as usually happens with scenes. But the people she talks to have only grown into themselves with time. “At one point, you really feel it has happened,” says one of them, struggles of transitioning left far behind. Sure enough, after a while, they start to talk about sex, too, the erotic beauty of nature or complaining about sexual norms “which are not interesting if you are post-menopausal”. Some of the most interesting comments come courtesy of Annie Sprinkle, identifying as eco-sexual and making documentaries like Water Makes Us Wet. She’s unapologetic about her sex-worker past because “everybody needs to be touched”.

It's really like listening to some old friends again, or people that one wouldn't mind calling friends, still hoping for a better future. Treut likes them too much to interrupt them when they speak – there is one tale of a love story that goes on and on for what feels like forever. Yet save for that occasional rambling, and the simple fact that there is more love here than actual story, there is something very pleasing about seeing these pioneers having – to put it bluntly – other problems as well, however ordinary they may be. They know who they are, that much is clear, and they don't need to fight for themselves everyday – maybe that's progress already. They are still figuring out what makes them happy, though, and sometimes it can be just a simple exchange:
-“Are you a boy or a girl?”
-“Yes.”

Genderation was produced by Germany’s Hyena Films. Its world sales are handled by Salzgeber & Co.

Critique : Sami, Joe and I 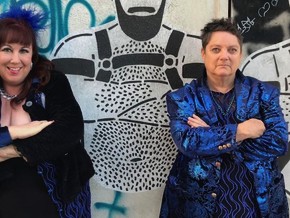 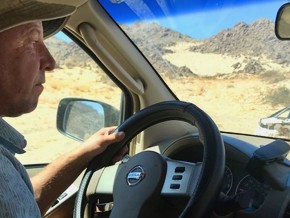 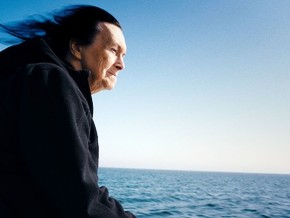