This year’s edition of IndieCork (19-26 September), one of Ireland’s most important gatherings celebrating independent cinema and music, was opened by the world premiere of Niall Owens’ debut feature, Gateway [+lire aussi :
bande-annonce
fiche film]. The psychological thriller, penned by the helmer himself, centres on Mike (played by Timmy Creed), a low-level drug dealer haunted by a recent death. From the film’s prologue, we understand that the man has been struggling to cope with his loss, and in the meantime, his illegal line of business has landed him in serious trouble after he racked up a large debt with a ruthless supplier. To repay their lender, Mike and his gang decide to grow some weed, and they are given the address of an unassuming abandoned house. After this set-up, things start to go awry. One of the gang members enters one of the house’s rooms and is later found mysteriously hanged. The place contains a gateway made of rock tormenting the intruders with disquieting visions, and it gradually enacts its plan to eliminate them.

Certainly, the trope of the haunted house revolting against a bunch of unexpected intruders has been explored in countless films, plays and books, but Owens’ flick is a concrete demonstration that filmmakers do not always need to reinvent the wheel to make a compelling movie. In particular, he proves that a few well-staged tricks and plot devices are sufficient to keep viewers hooked. A door creaking, a moment of hesitation, a thousand-yard stare or the simple choice of deliberately not showing an event but letting the viewers imagine it through a reaction or through some muffled sounds, along with many other well-oiled manoeuvres, are all executed masterfully. While not exactly dazzling in its originality, here Owens proves he has a solid knowledge of film grammar, and that’s more than enough to showcase his directing skills and some good storytelling. Besides, the whole cast does a fair job, supported by a few, dry dialogues and a series of actions where the actors’ facial expressions and their gestures disclose much more than one would expect.

The haunted property looks like a rather average two-floor, single-family home that one could find anywhere in County Cork. It does not look particularly creepy or long-abandoned. As Mike initially says to his partners in crime, “Someone could have been here this morning or last year,” and the house looks like the perfect spot to grow weed unnoticed. What builds up most of the disturbing atmosphere permeating the film are the drug dealers’ visions (real? Imagined?) after trespassing near the mysterious gateway and, more importantly, the eerie score composed by Tony Langlois. The former in particular becomes an important dramatic component of the piece, second only to the actors’ performances. It is a rewarding choice that helps Owens avoid delivering an overly verbose picture or falling into other well-known clichés of the genre. He thus offers a work that is – in a certain sense – very “classical”, but nonetheless tense and surprising. Finally, it is worth mentioning the well-crafted cinematography by Ger Murphy. Opting for a number of static, tight shots and occasional slow camera movements, his work ties in perfectly with the film’s sombre soundscape.

Critique : After a Revolution 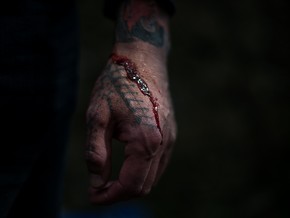 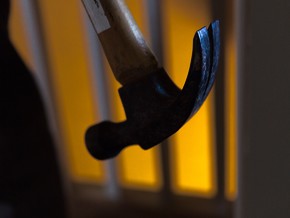 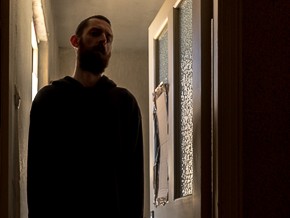 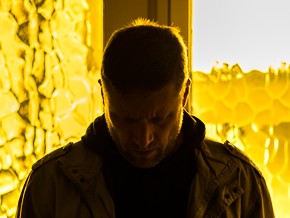 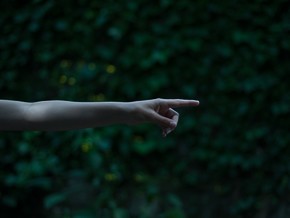