A dancing body, a sociopolitical body, a cinematic body: these are the forces behind Marco Martins’ latest film, Um Corpo que Dança - Ballet Gulbenkian 1965-2005, which is now on general release in Portugal, courtesy of Vende-se Filmes. The title might suggest that this documentary will merely be a look into the history of the Gulbenkian Ballet, a dance company founded by the Calouste Gulbenkian Foundation. Yet given that the arts can be a reflection of society, or even take a step forwards towards what is (or should be) yet to come, we also get a glimpse of these undeniably indissociable elements in the film.

Um Corpo que Dança makes use of research consisting of archive footage, combined with excerpts from present-day, personal audio interviews conducted with dancers, choreographers and other individuals who were part of the history of this dance company.

Divided into 12 chapters, the film has a prologue that gives a few hints about what one can expect: firstly, we hear Merce Cunningham talking about the difference between the stage and the camera in terms of representing dance performances. They are two mediums that give the audience a different perspective, setting the tone for the range of understanding that one can gain from the archival footage of the Gulbenkian Ballet’s performances. Secondly, images of the 1974 revolution emerge, followed by a dance class in a paint factory in 1975, where the dancers explain how repeating and practising the most basic techniques for years is crucial in order to be able to perform. They are confronted with the question: is ballet for the masses? And how did it connect with more revolutionary principles? And the answer was quite clear: being there in that factory was, in and of itself, a revolutionary act.

Throughout the next 12 (mainly linear and chronological) chapters, we’re presented with a history that starts off with dictatorship times (when levels of illiteracy and poverty were high), followed by the revolution and the years of democracy that followed (when, for example, artistic studies were democratised), up until 2005. During those years, the Gulbenkian Ballet had six different artistic directors, and one of them was Jorge Salavisa, who was there for almost 20 years and to whom the film is dedicated. One of the ideas that prevails is the concept of identity. Most of what we see is in fact the Gulbenkian Ballet’s attempt to define its own identity, while at the same time there was a collective Portuguese attempt to (re)define what constituted its national identity. And in parallel, we are also able to watch another distinct identity blossoming: the film’s own. Making use of a more traditional approach to documentary films, it still manages to disrupt it in a subtle way at the same time.

One can sense that the connection between so many pieces of history could have gone terribly wrong. But that’s exactly where this film gets it just right: thanks to an impressive edit, this two-hour movie, with four decades’ worth of stories and history, runs astonishingly smoothly. Its brilliant use of archival footage creates a sublime aesthetic, complemented by great sound mixing, which transforms it into an overall extremely pleasing sensorial experience. Nonetheless, the soundtrack is overused at times, in places where additional music wasn’t needed, which can become overwhelming. But in no way does this interfere with the film’s impressive accomplishment. As smooth as it is accessible to any type of audience, Um Corpo que Dança sends a clear, crucial message from the past to the present, and looks to the future to determine how the arts have been, and still are, a key element for society and how we, as individuals, as a society and as moving bodies in constant transformation, need them to grow, to evolve and to exist.

Um Corpo que Dança is an initiative of the Calouste Gulbenkian Foundation, and is a co-production by Vende-se Filmes and RTP.

Critique : Mountains and Heaven in Between 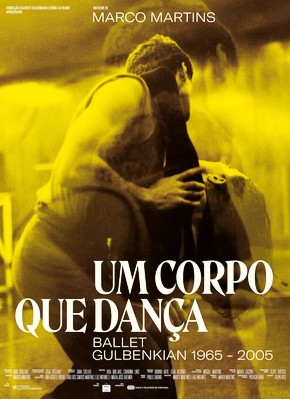 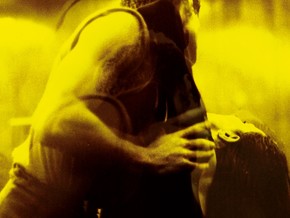