Italian TV producer, director and screenwriter Ludovico Bessegato has been in the business since 2009 but became especially popular with the Italian adaptation of the Norwegian teen series Skam. That experience gave him the credibility to develop, along with co-writer Alice Urciolo, the eight-episode show Prisma, oriented towards the same young and not-easy-to-conquer target audience. The first two episodes have just had their world premiere as part of the Out of competition program at the Locarno Film Festival, while the complete series will be launched on Prime Video this autumn.

Set in the Italian town of Latina but mostly inhabiting the school, library, gym, bar or home interiors which the characters frequent, the series portrays the emotional turmoil of the current generation of youngsters in their everyday environment. The plot centres on two identical twins, Marco and Andrea (both performed by gifted actor Mattia Carrano), whose inner worlds and outer manifestations represent two different gender archetypes – the masculine and the genderfluid ones. The anthropologic palette is diversified by their friends’ circle and brief encounters. Of course, the twin element suggests the swapping of roles as a way of bringing further suspense to the plot, while the app-mediated communication between the characters “justifies” the presence of further narrative sleights involving alternate realities. It is anyway intense as a lot happens on screen but – besides the constant twists that keep the viewer’s eye alert – what is perhaps more interesting to observe are the complex dynamics between the characters. Those provide hints about their ambiguous profiles as perplexed young people, trapped between the constraints of physical appearance and their inner desires, between social roles and genuine feelings, ambitions and temptations. The town of Latina, with its lack of historical nucleus, its remnants of an alienating fascist architecture, and its overall anonymous look, appears to be the perfect setting for characters who are existentially lost and struggling to define themselves, overwhelmed by fears and concerns. The good thing about Prisma is that, at least in these two first episodes, the series keeps questions about sexual identity open – it does not resort to activism but rather depicts the genuine hesitations in all their ambiguity and their immunity to clear answers.

With a fast-paced editing and chat boxes popping up on the screen, the visual texture deftly integrates what is supposed to be the stream of consciousness of the present-day teenager, dominated by social media and online communication. Additionally, the narrative jumps back and forth in time faster than the viewer can get a hold of it. However, it has not been proven yet if such an approach will genuinely connect with the attention deficit of young audiences or if it will complicate their perceptions even further. In any case, both in terms of narrative and visual aesthetics, Prisma gets a grasp of the flow of contemporary life, which is carried out predominantly through online chatting and constantly interrupted by pop buzz, news feeds, and instantly generated image content.

Prisma is produced by Amazon Studios and Cross Productions, and distributed internationally by Prime Video. 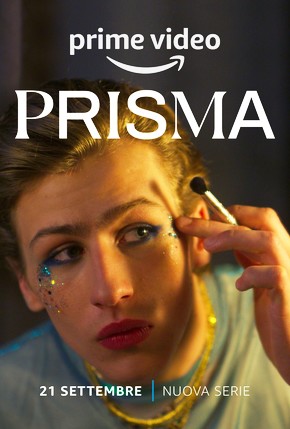 Critique : Day of the Tiger