The key influence for Maskell’s directorial debut is undoubtedly Ben Wheatley, for whom Maskell acted twice, in Kill List [+lire aussi :
bande-annonce
interview : Ben Wheatley
fiche film] (2011) and Happy New Year, Colin Burstead. [+lire aussi :
critique
fiche film] (2018). Both those roles were pivotal in his acting career. The director blends an intense, suspenseful thriller and a pitch-black comedy in a very “Wheatleyan” fashion, which is suitable both for indie film festivals and midnight flick screenings, but the list of references does go on. Traces of Armando Iannuci’s political satire can be found here, along with Guy Ritchie’s lack of concern for political correctness, and the echoes of 90s conspiracy thrillers from across the pond. On the other hand, Klokkenluider serves best as a distorted romantic comedy (since Ewan and Silke, and Chris and Glynn’s couple dynamics mirror one other’s to humorous effect), which is so offbeat it winds up falling half-way between Harold Pinter’s “comedy of menace” and Samuel Beckett’s surreal absurdism. 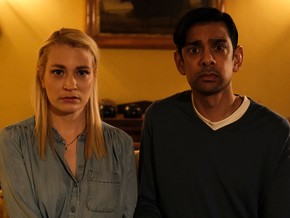 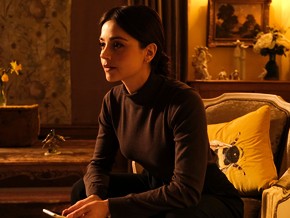 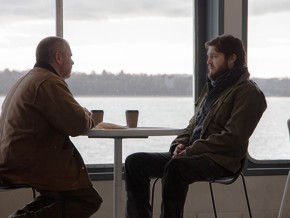