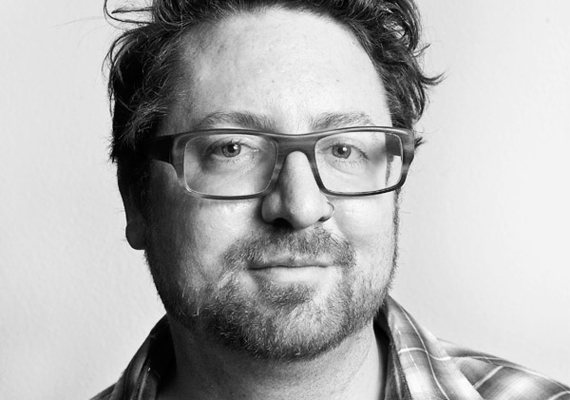 Now about to hold its 22nd edition, the Internationale Kurzfilmtage Winterthur is a highlight of the international short-film calendar, with a programme that explores the boundaries of cinema within a diverse programme of competitions, a large number of retrospectives and an extensive series of industry events. As the Swiss festival gears up to begin on 6 November, its artistic director, John Canciani, tells us more about it.

Cineuropa: Can you tell us a little about what audiences should look out for at the 2018 Internationale Kurzfilmtage Winterthur?
John Canciani: The competitions – divided into the International (seven programmes), Swiss (three programmes) and Youth Competitions (2 programmes) – remain at the heart of Kurzfilmtage. They reflect the zeitgeist and are indicators of current trends. The audience can discover three programmes about Georgia, focusing on recent social and political events, as well as the 1960s Golden Age of Georgian cinema. Our Person in Focus is Mike Hoolboom, one of Canada’s most prolific filmmakers, working with a variety of lengths and formats. He compiled a retrospective of his work and will hold a master class. We offer several curated individual programmes, and “Disney’s Animated Technicolor” is certainly one of this year’s highlights.

Where did the idea come from for the Main Focus on Britain?
We have shown many British shorts over the last 21 years. In 2004, we had a John Smith retrospective, during which he filmed Throwing Stones in Winterthur. Then, of course, there is Brexit. In our media, Brexit is often described as if it were simply a reflex of political frustration. We want to go deeper and show the parallelism between British politics and their film history. Our starting point is the Free Cinema movement, then continuing on to social realism and into contemporary short filmmaking. We show different aspects of the complex political situation by reflecting on topics like nationality, nationalism and post-colonialism. Of course, we also feature many more topics in our nine programmes dedicated to Britain. The audience will get to know more about British society, politics and the diversity of one of the largest European film industries.

What kinds of events does the festival offer for the film industry?
There are three days dedicated to the industry, starting with the Swiss Film School Day, now in its 11th edition. We are continuing with the Industry Lab, consisting of the Swiss Films Market Screening, the Swiss Industry Information Panel, Market Meetings – where filmmakers and producers speed-date with over 25 programmers/curators/film labs/distributors – a keynote speech and four round-tables discussing relevant industry topics. Swiss filmmakers can apply for short pitching and script consulting. The third day is a full-day symposium for Swiss scriptwriters, called Writers’ Room.

How do you think Winterthur stands out in the short-film world? How does it differentiate itself from other festivals?
We don’t ponder how to be different; we focus on our own profile and how to sharpen it. The festival’s self-imposed mission is to bring current short filmmaking as well as the traditions of the short format to the big screen and to celebrate cinema. The gathering serves as a sort of “echo sounder”, searching the depths of the film world with the aim of discovering those shorts that offer a glimpse of where the medium of film is headed. We detect new trends and movements, thereby offering new points of reference to our audience.  We consider it essential to present a diverse programme – culturally, socially, aesthetically and geographically – and to expand both our own and our audience’s central European perspective in order to make room for other cultures, regions and voices, whilst also keeping in mind the reality that we live in. This juxtaposition of perspectives enables us to observe complex issues and, at best, to understand them or, at least, to be affected by them. Kurzfilmtage is also very dedicated to curated programmes that are unique in their diversity. In our Focus programmes, we contextualise films within larger frameworks: with each programme, we make a thesis and then add the films to a whole body of work. Each programme becomes like a museum exhibition with 80 to 90 minutes of moving images. We want Winterthur to be a place where one can discover, reflect, exchange and meet each other.

What do you think the biggest misconceptions are that people have about short film?
There are several, but the most persistent one is that short films are only made by young film students to show what they are capable of. Short films are an independent art form with its own rules. They are as diverse as the medium of film can be and has been, ever since the first film ever made until today.

Recensione: The Case You

Recensione: Fox in a Hole