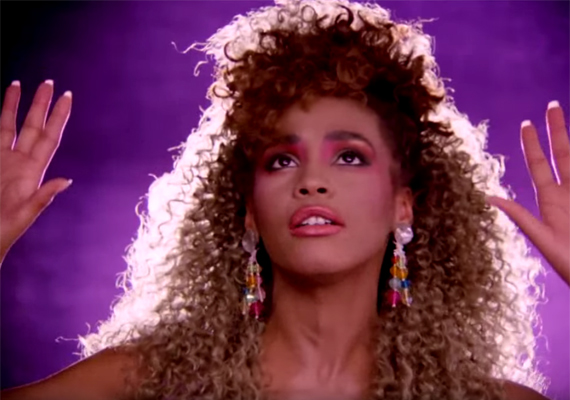 Altitude Film Entertainment, the vertically integrated film company encompassing production, financing, international sales and UK distribution, looks set to have a busy year at the Cannes Film Market. The company is selling Kevin Macdonald’s documentary Whitney [+leggi anche:
recensione
trailer
scheda film], about singer Whitney Houston, which is playing in a Cannes Midnight Screening slot. Made with the support of the late singer’s estate, the word is that the film is full of new revelations. The movie was produced by Lightbox, co-founded by Academy Award-winning producer Simon Chinn and Emmy Award-winning producer Jonathan Chinn, who are also behind the Dan Lindsay- and TJ Martin-directed documentary Tina Turner, one of a plethora of titles that Altitude is bringing along to the Cannes Film Market for international sales, having acquired it for UK distribution.

The company, formed in May 2012 by former Optimum Releasing head honcho Will Clarke, alongside co-CEO Andy Mayson, formerly of Working Title and Hammer, also includes Altitude Film Sales, run by Mike Runagall, who formerly served as SVP of international sales at Pathé. Music will also be heard in Liam Gallagher: As It Was, which Altitude is selling internationally and has acquired for UK and Irish distribution. It was directed by Charlie Lightening, who is renowned in the music and live-entertainment industry after having made movies with artists including Noel Gallagher, Robbie Williams, Bjork and Kasabian. It was produced by Steven Lappin, and financed and executive-produced by Lorton Entertainment.

Looking to do some robust business at Cannes is The Real Charlie Chaplin [+leggi anche:
intervista: Peter Middleton e James Sp…
scheda film] by BAFTA-nominated filmmakers Peter Middleton and James Spinney (see the news). Ben Limberg (Smaller Biggie) and John Battsek (Passion Pictures) will produce alongside Mike Brett (Archer’s Mark), and the film will make use of newly unearthed archive material. Another documentary on the slate is Great White, produced by Michael Robertson and Neal Kingston, the team behind Black Water: The Abyss. Joining the Great White producing team is Chris Veerhuis, who was most recently a co-producer on Simon Baker’s Breath. Robert Slaviero will serve as an executive producer.

The narrative feature-film slate will also be keeping the sales outfit busy. Hallelujah! (which Altitude is selling internationally and has acquired for UK and Irish distribution), directed by Chris Addison of the primetime US show Veep, will be introduced to buyers in Cannes. The film, a Sprout Pictures and Turbine Studios production, has been developed with BBC Films and the BFI, and has been awarded funds from the National Lottery. Lorton Entertainment will co-finance the film and co-distribute it with Altitude in the UK and Ireland. The producers of the feel-good comedy starring Ralph Fiennes are Andrew Eaton and Gina Carter.

Calm with Horses [+leggi anche:
recensione
trailer
scheda film] is the feature debut by director Nick Rowland, starring Cosmo Jarvis, Barry Keoghan and Niamh Algar, and is set to shoot in the West of Ireland in May, in co-production with Element Pictures. Film4 is financing it along with the Irish Film Board and the newly announced Western Region Audiovisual Producer’s Fund (WRAP Fund). The producers are DMC Film, the company founded by Michael Fassbender and Conor McCaughan, and Daniel Emmerson. They also have Guns Akimbo [+leggi anche:
trailer
scheda film], written and directed by Jason Lei Howden, and starring Daniel Radcliffe and Samara Weaving, which started shooting on 30 April in Auckland, New Zealand.