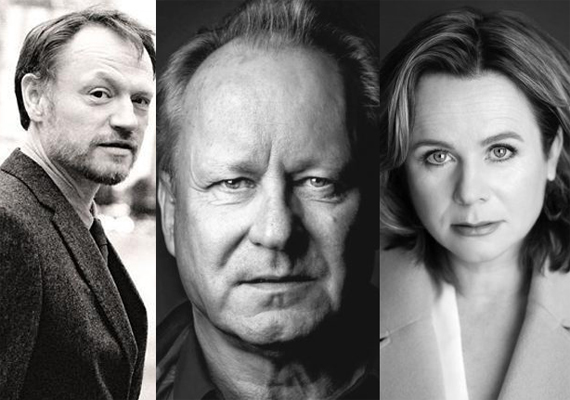 Boarding an international A-list cast, including British actors Jared Harris, Emily Watson and Swedish star Stellan Skarsgård, as topliners, the five-part nuclear disaster miniseries Chernobyl has been shooting in Lithuania since April. Part of the $250 million co-production partnership between HBO and the UK’s Sky Television, the series has been written by Craig Mazin and is being helmed by much sought-after Swedish director Johan Renck, who directed David Bowie’s final music videos, among other projects.

As expected, Chernobyl will focus on the titular nuclear plant disaster that occurred in the then Northern Ukrainian Soviet Socialist Republic on 26 April 1986 and the investigation that followed, based on the stories of the real-life heroes. Valery Legasov, the Kremlin-picked Soviet scientist who investigated the accident, will be played by Harris. Skarsgård is portraying Boris Shcherbina, the deputy chairman of the Council of Ministers and head of the Bureau for Fuel and Energy of the USSR, who has to both confront the political system that he is part of and deal with the human losses. Finally, Watson will play a Soviet nuclear physicist who is tasked with solving the scientific mystery behind the factors that caused the disaster.

This is the first series to fall under the new $250 million partnership between HBO and Sky TV, although the firms previously collaborated on Paolo Sorrentino’s The Young Pope, which will soon have a second season on the way. Chernobyl is being produced by Sister Pictures (UK) and The Mighty Mint (USA). The executive producers are Carolyn Strauss (Game of Thrones), Jane Featherstone (Broadchurch) and Craig Mazin. Director Johan Renck will co-executive produce, along with Chris Fry (Humans). The series will air on Sky Atlantic and NOW TV in the UK and Ireland, on Sky Atlantic in Italy, Germany and Austria, and on HBO in the USA.