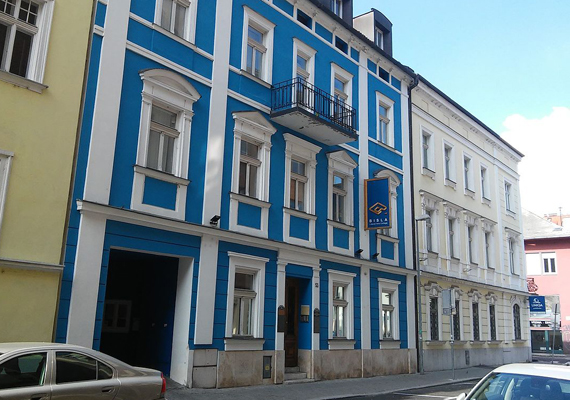 As announced last year (see the news), Slovakia has launched a new organisational unit of the Slovak Audiovisual Fund, the Slovak Film Commission (SFC), in order to promote Slovakia and its regions as a “film-friendly country”. The basic framework of the SFC will entail promoting the nation as a competitive film country “with suitable conditions for audiovisual production, and mediation of creative business opportunities for domestic professionals”. Its secondary objective will be supporting film tourism in the various regions.

“In the coming months, the SFC will be preparing a database on film infrastructure in the Slovak Republic, and readying a production and location guide. The SFC will also begin actively collaborating with film commissions in Central Europe and will work to become a member of the European Film Commission Network,” Zuzana Bieliková, appointed as the head of the SFC, tells Cineuropa.

Bieliková is a FAMU graduate with 15 years of experience in the film industry as a production manager and producer, having also worked for festivals and sales agents. Since certain locations in the country have been predominantly used for filming scenes from period and costume projects, such as the fantasy films Eragon and Dragonheart, Bieliková confirmed that the SFC won’t be focusing on specific types of projects, but will instead aim to reach out to productions of different genres. She adds, “There are enough stories set in the modern day or the recent past in which the modern or industrial architecture of Slovakia could be used. We will also present opportunities for animation, since we have many talents in the field and high-quality animation studios in Slovakia,” states the head of the SFC.

As Slovakia is nestled between Budapest, Vienna and Prague, which are frequently used by high-end and international and blockbuster productions, Bieliková remarks, “Even though there are no film studios in Slovakia, we have professional and technical capacities that enable collaboration on several big projects simultaneously,” adding that the nation’s well-established film tradition, varied architectural styles and climate are among its most precious advantages. “Besides, shooting in Slovakia is simple because many public spaces do not require permits, and the police, local institutions and communities are happy to work with filmmakers,” she concludes.