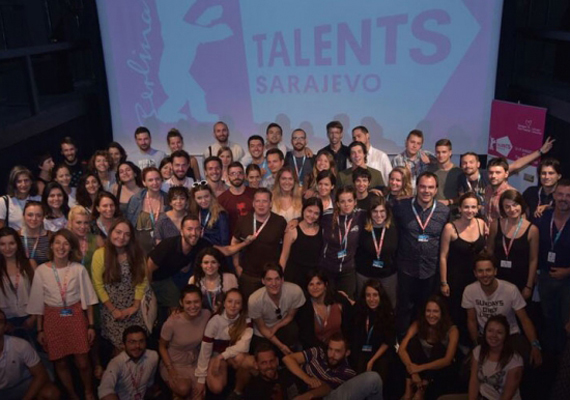 The Talents Sarajevo initiative is getting ready for its 12th edition, and is set to welcome 61 emerging directors, producers, screenwriters, actors, film critics, cinematographers and editors hailing from Southeast Europe and the South Caucasus. The programme will take place during the 24th Sarajevo Film Festival (10-17 August), and this edition has received a record number of submissions, as 398 film professionals applied to take part.

Talents Sarajevo has become the leading hub for emerging film professionals in the region. As at its previous iterations, the 2018 edition will offer a wide range of master classes, discussions, hands-on workshops and film screenings that will extend to all sections of the Sarajevo Film Festival. The educational initiative was founded in cooperation with the Berlin International Film Festival and the Berlinale Talents programme.

The 61 selected talents come from 13 of the 19 eligible nations, which, once again this year, proves that the platform is exceptionally important to local film communities. Finally, for the first time, Greece tops the selection with ten participants, with Romania and Turkey – which used to boast the majority of participants – following with eight each. Meanwhile, Serbia follows hot on their heels with six talents.

You can find the complete list of the participants in the 2018 Talents Sarajevo here.

ESCLUSIVA: Il trailer di The Other Side of the River, selezionato al CPH:DOX