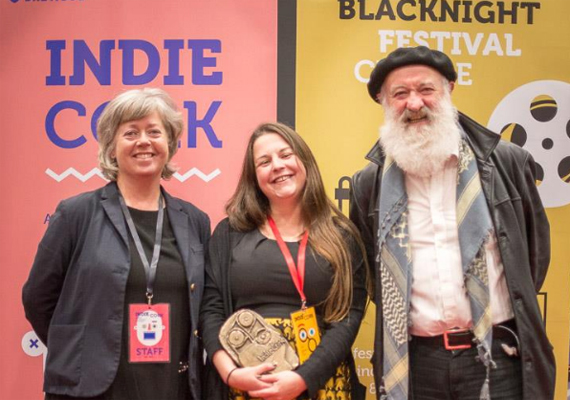 The IndieCork Film Festival wrapped its sixth edition at the historic Gate Cinema in Cork on Sunday 14 October. This year’s winners were announced after a screening of Daughter of Mine [+leggi anche:
recensione
trailer
intervista: Laura Bispuri
scheda film], the second feature by Italian filmmaker Laura Bispuri, which premiered at the Berlin International Film Festival back in February.

This year, the Best International Short Film Award went to Maya Kosa and Sergio da Costa’s documentary Anthony, The Invisible One. The story is set in an art museum, where a guide presents a famous pictorial triptych to three audiences: sighted people, blind people, and a deaf and blind man.

Meanwhile, Irish film and TV director Paul Duane was presented with the prestigious Spirit of IndieCork Award for his documentary feature While You Live, Shine, produced by Screenworks and revolving around the life of nostalgia lived by Chis King, an obsessive collector of 78 records and an expert in remastering them for modern ears. His sudden discovery of Epirus’ folk music leads him to travel to Greece and immerse himself in an isolated and half-forgotten land. Finally, the first Best Irish Emerging Female Director was deemed to be Caoimhe Clancy, who helmed Coco Dreams of Blue, a Canadian-Irish short film focusing on Clodagh, a millennial who gets trapped in a lift and is forced to face up to both herself and her personal issues.

Here is the complete list of award winners at the 2018 IndieCork Film Festival:

Bouli Lanners • Regista di Nobody Has to Know