"You can take the man out of the jungle, but you can’t take the jungle out of the man." You don’t need to be Kurtz out of Heart of Darkness or Apocalypse Now to mete out this kind of truth. After one taste of the local concoction punka (crush a few pills, then add solvent, diesel, metal pickling liquor and cocaine), even the naivest of anthropologists will soon find themselves expounding the same existential conclusions. And such is the destiny of the lead character in the (highly) unhinged comedy Welcome to the Jungle [+leggi anche:
trailer
scheda film], Hugo Benamozig and David Caviglioli’s first feature film, due to be released in French cinemas by Apollo Films on 28 July.

The young man in question is Eliott (Vincent Dedienne), who’s rebelling against his emasculating mother Chantal de Bellabre (Catherine Deneuve) - herself a renowned anthropologist - by taking off on an assignment in the Haut-Tampok region of French Guyana  in search of the mysterious Otopic Indian tribe. His progenitor tries to dissuade him: "It’s ridiculous. Believe me, I know the jungle, you’re going to die out there”, and she’s not entirely wrong, as her son rapidly discovers for himself when his idealism ("I want to live with people, talk with them, respect them, not treat them like guinea pigs") is severely tested on contact with reality.

Once found, these imagined noble savages turn out to be exploited gold panners, stewing in pitiful conditions and flaunting a penchant for junk food, alcohol, getting high, soap operas and trips along the river to the local Chinese grocer’s. But intellectual Elliot, who has already overcome the obstacle of crooked (and dangerous) guides, manages to gain acceptance from the “tribe” and notably their leader Albertine (Alice Belaïdi). However, he starts to move from the role of scientific observer to the position of a reformer who’s increasingly impossible to control. His mother, meanwhile, is hot on his heels with a police patrol in tow, an unbelievable bunch of incompetents led by Lieutenant-Colonel Raspailles (Jonathan Cohen)…

Blending absurd, quirky humour with all the classic ingredients of the jungle adventure film, replete with a litany of western baddies (Patrick Descamps, first and foremost) all solely motivated by the glint of gold, ill-equipped, vacationing French soldiers, indigenous tribes corrupted and stupefied by modernity amidst a natural setting polluted by the mercury used in gold washing (but also by asbestos and other harmful substances), not to mention border skirmishes and explorers slowly losing their minds, the directing duo have a great time distorting reality-based elements to the extreme. Given carte blanche, the actors deliver performances of very distinct humorous tones, which further heightens the intentional disparate chaos of this funny film, whereby - to give an idea of the film’s overall contrasting register – someone who’s been knocked out by way of a shovel comments (in a voice-over): "these initial moments are precious to researchers. Unwittingly, he forges ties with those he might one day call his friends."

Produced by 22h22 and WY Productions, Welcome to the Jungle is sold worldwide by Indie Sales.

altro su: Welcome To The Jungle 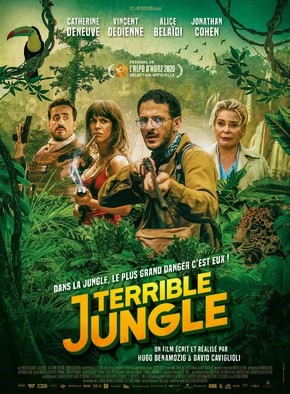 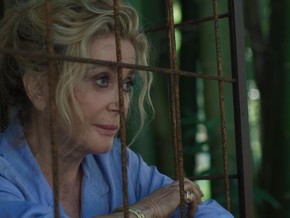 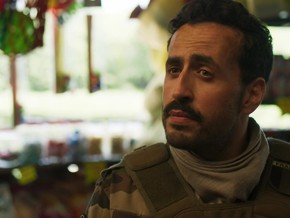 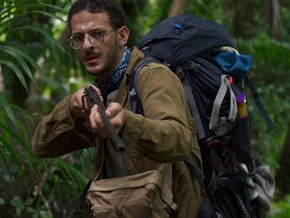 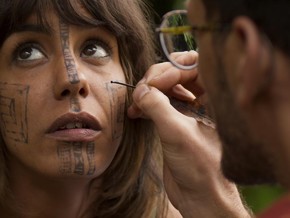 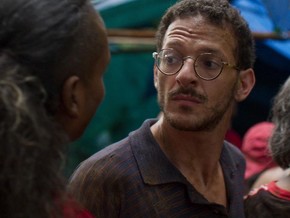 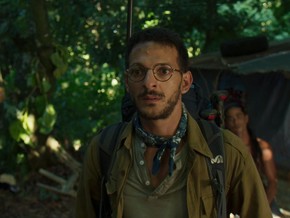 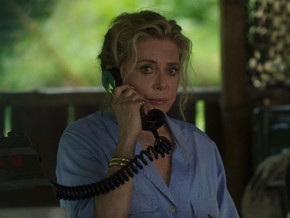 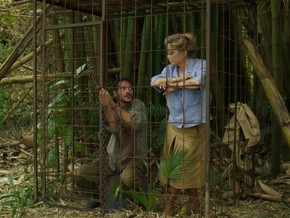 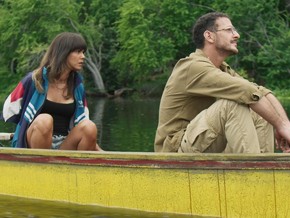 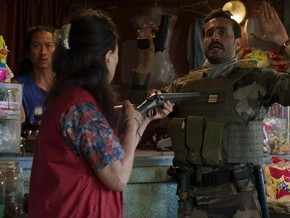