A este lado del mundo [+leggi anche:
trailer
intervista: David Trueba
scheda film] (litt. "This Side of the World"), a film directed, produced and written by David Trueba and entered in the recent 23rd edition of the Málaga Film Festival, opens with a report of a suicide: that of the mother of protagonist Alberto (an engineer played by Vitor Sanz, who is also a regular in works by Trueba’s nephew, Jonás Trueba, like The August Virgin [+leggi anche:
recensione
trailer
intervista: Jonás Trueba
scheda film]). In this tale, he plays a bourgeois man who lives a normal, somewhat passive and distinctly anodyne life, content to let himself be buoyed along on the prevailing current and perfectly at home in the consumer society. His answer to most of the questions he is asked speaks volumes about him: “I don’t know…”

Then, on a business trip to Melilla, this character – a creation reminiscent of something between those of Kafka and Azcona – comes face to face with a reality that he has so far strived to avoid. This film, which an algorithm would scarcely be likely to recommend for you, carries an uncomfortable message for its audience: the disagreeable evidence before you is that the kind of life you have will depend on where in the world you were born, as the title suggests. Where we enter the world is a damned lottery: our privilege depends on geography, and from our favoured, welcoming birthplace, we can look down on others… But what if we were the others?

With some scenes shot in Melilla lending the film a documentary feel, the main character finds himself in a situation where he can no longer avoid the turbulence, entanglements, delusions and subterfuge of this frontier world between two continents. In this modest production, Trueba has decided to focus not on the immigrant but on the citizen, so that his audience has to face these problems head-on, rather than avoiding them like a coward, as his almost ridiculous antihero has until now.

A este lado del mundo is produced by Buenavida Producciones, which is also in charge of distribution. Although it will be screened in cinemas in Madrid and Asturias soon, you can already rent it for 24 hours for €4.50 on the filmmaker’s website. 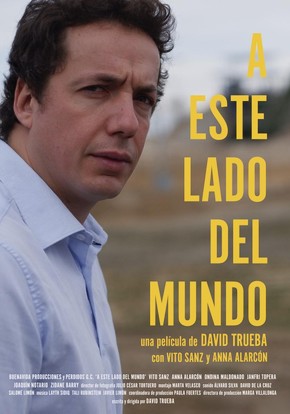 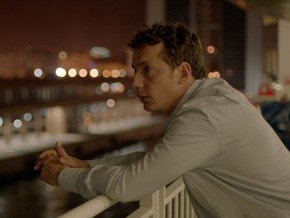