Ten years after exploring the communication problems between a resident from a small border town and an illegal immigrant on his way to Germany in his first feature, Morgen [+leggi anche:
trailer
scheda film], Romanian director Marian Crişan goes back to a similar dynamic of miscommunication in his fourth feature, The Campaign [+leggi anche:
intervista: Marian Crişan
scheda film], which recently had its world premiere in the main competition of the Moscow International Film Festival.

The screenplay, written by Crişan and Gabriel Andronache (whose novel Ich bin ein Berliner very loosely inspired the story), follows Viorel (Ovidiu Crişan), a tractor driver from Salonta, a small Transylvanian town, whose simple life changes after helping the passengers of an expensive car that breaks down near the field the farmer was working in. One of the passengers is Mocanu (Ion Sapdaru), a politician from Bucharest currently engrossed in a campaign for the impending European Parliament elections, and it all begins when the politician and his entourage accept Viorel’s invitation to host them until the car is repaired.

We soon find out that Mocanu is surrounded by an aura of corruption and that he is actually being investigated for various questionable decisions in his past, which means that winning a seat in the European Parliament is of paramount importance, as this position comes with immunity. This is the reason why Mocanu is willing to do anything in order to win the elections, and the film practically follows every one of his publicity stunts meant to get him closer to the community that is supposed to vote for him.

Crişan’s love for Salonta, which is actually his birth town, can be felt in every scene, while Mocanu’s antics build an interesting contrast between the calm, hard-working locals who live quiet and uneventful lives, and this boisterous, rotund, incompetent and dishonest intruder who fakes every aspect of his life in order to postpone what looks like a 100% certain conviction. The film is designed as a string of vignettes involving Mocanu’s awkward interactions with the locals, a succession of events that unfortunately uses some rather repetitive tools in order to add layers to the character and stress the gigantic distance between what is expected of him (ie, to be a servant of society) and what he actually is.

Even if Crişan uses a very contained and discreet approach to the story, and Oleg Mutu’s camerawork creates a certain distance between the audience and the characters, The Campaign has quite a clear message to convey, suggesting that corruption spreads and that even the most honest people can let themselves be tainted. Moreover, it implies that anything meaningful can be hijacked and turned into a tool that will support the corrupt. Among Mocanu’s various ways of ingratiating himself with the voters of Salonta, there is his own rendition of JFK’s famous “Ich bin ein Berliner” speech. There is something incredibly twisted about using this speech as a tool to put a man who most probably should be behind bars in a position of power…

Besides a certain repetitiveness in how Mocanu relates to those around him, The Campaign suffers from a rather unbelievable evolution of the film’s second protagonist, Viorel. We spend too much time seeing him as an affable, shy, inarticulate and clumsy farmer to be able to suddenly accept him as a master of manipulation as he fully supports his guest on the day of the elections. This change may prove too abrupt and far-fetched for the audience, but it does help Crişan convey the main message of his story.

The Campaign was produced by Romania’s Rova Film and co-produced by Mandragora. The film is being handled internationally by Picture Tree International. 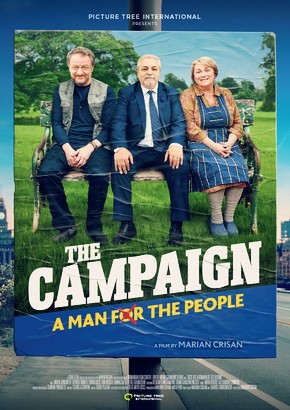 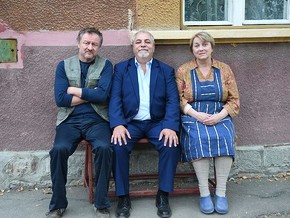 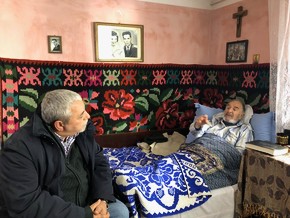 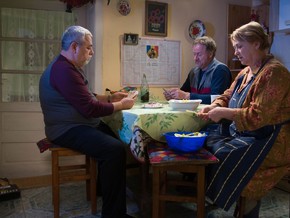