One of the films competing in the Official Section of the 53rd Sitges Film Festival, which drew to a close at the weekend, was The Barcelona Vampiress [+leggi anche:
trailer
scheda film] by Lluís Danés, which went home with the Audience Award for Best Film at the gathering. Based on both actual and mythical events, the feature – which has been crafted in the style of a historical flick, but which boasts a highly artistic and daring narrative – demonstrates that smoke screens conceal the truth for longer than we could ever have imagined.

The screenplay by Lluís A Martínez (Salvador [+leggi anche:
recensione
trailer
scheda film]) and María Jaén (The Power of Silence) sees the action unfold in the titular city of Barcelona in 1912. As one social class makes a fortune off the back of industrial advancement, a huge number of other residents are wallowing in poverty. The disappearance of a rich girl rings alarm bells with the police, and a journalist, addicted to morphine and burdened by a family trauma (played by Roger Casamajor), will begin an investigation that will lead him to a brothel in the El Raval district, where a spate of unmentionable atrocities is being committed.

A gothic horror story, The Barcelona Vampiress ventures into a huge film studio to reconstruct that unwholesome, classist and gloomy atmosphere of the early 20th century, with some excellent work on lighting, sets and wardrobe (designed by Mercè Paloma) entirely devoted to creating an atmosphere akin to a nightmarish labyrinth. All of this is accentuated by the surprising use of animation at certain points, black and white, shadows and intensely saturated colours (courtesy of Josep María Civit, who was also in Sitges to show off his work on Baby [+leggi anche:
recensione
trailer
scheda film] by Juanma Bajo Ulloa). This all builds up an immense fresco that, according to the director, is based on the works of painters Ramón Casas, Francesc Masriera and Santiago Rusiñol.

In this way, a chronicle of horrid events is wheeled out before the eyes of the viewer, much like one of those children’s books that encourage them to gradually discover their three-dimensional nature as they turn the pages. In this case, the magic is down to the creative sequences, some of which are supremely – and at the same time horribly – beautiful. Simultaneously, this film – which, thanks to its subject matter and distinct ambiance, brings to mind Freaks by Tod Browning, The Elephant Man by David Lynch, Pretty Baby by Louis Malle and Murder by Decree by Bob Clark – slams the fact that media sensationalism and the glorification of morbid curiosity were originally invented to distract the general public from the abuses being committed by those in power.

Lluís Danés (Arenys de Mar, 1972) thus proves that he can quite competently dip his toe into various different artistic disciplines, standing out particularly in theatrical direction, even though he has also helmed films and programmes for television, various documentaries and Llach: La revolta permanent (2006), which reached cinemas. The cast of this story telling of an immensely dark episode in the history of the Catalonian capital is rounded off by a host of stupendous actors such as Nora Navas, Sergi López, Carla Cusí, Pablo Derqui, Mario Gas, Nuria Prins and Francesc Orella.

The Barcelona Vampiress is a production by Brutal Media and Filmax (which is also in charge of its distribution and its international sales), and it boasted the involvement of TV3 and ICEC. It will hit Spanish screens on 20 November, courtesy of Filmax.

Recensione: Radiograph of a Family 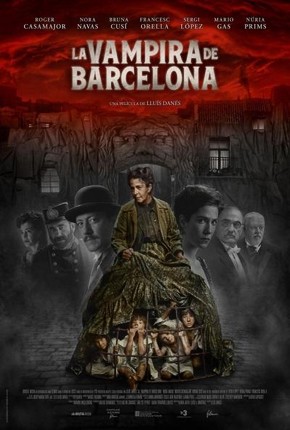 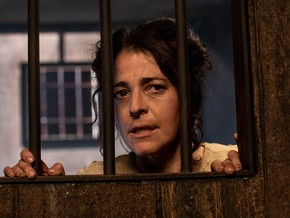 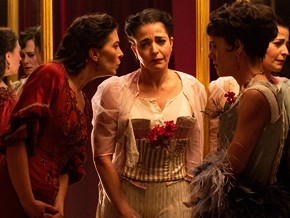