Recensione: The Most Beautiful Boy in the World

Björn Andrésen in The Most Beautiful Boy in the World

Swedish filmmakers Kristina Lindström, known for biographic documentaries such as Astrid Lindgren and Palme [+leggi anche:
trailer
scheda film], and Kristian Petri, who recently made L163, about the dramatic production of Bergman’s Winter Light, have teamed up for a cinephile's dream project: The Most Beautiful Boy in the World [+leggi anche:
trailer
intervista: Kristina Lindström e Krist…
scheda film]. The documentary about Björn Andrésen, the Swedish boy who played the character of Tadzio in Luchino Visconti's legendary Death in Venice, has just world-premiered in the World Cinema Documentary Competition of the Sundance Film Festival.

In 1970, Visconti was travelling Europe in search of the boy who would embody the perfect beauty that Thomas Mann described in his seminal novel. A wealth of impressive archive material shows the imposing, aristocratic, communist, openly gay auteur and the young actor during the casting, the filming, the world premiere in London and the press conference at the Cannes Film Festival, where the director comments on how the boy's beauty is already past its prime.

After this experience, Björn seems to have let his image whisk him around the world. In Japan, he became the model for the lead character in the manga Lady Oscar. He lived in Paris for a year thanks to a rich, gay admirer. All of this led to him becoming a sort of gay icon.

But it also led him to detach himself from his surroundings. When we meet him today, as a gaunt-faced, long-haired figure threatened with eviction from his apartment in Stockholm, and as we listen to many interviewees who knew him in his former life, or as we get acquainted with his current, younger and very opinionated girlfriend, we get the impression that he is estranged even from himself.

The filmmakers clearly took the utmost care not to further endanger the psyche of this man for whom fame came with a huge price. "That film destroyed my life," he says – although he also admits that he got a lot out of it, too. Because of all this, the documentary is formed in a more freewheeling way – never linear nor chronological, and offering up many more ambiguities than discoveries or definite answers.

While it focuses on its subject's psychology and tough, tumultuous personal history – from the loss of his mother as a little boy to the never fully elaborated tragedies of his adult life – the film is concerned with the issue of objectification and the idea that finding a perfect image often means destroying it. The moment at the casting audition when Visconti asks him to take off his shirt, and the clear look of discomfort on the boy's face as he tries to smile, speaks volumes about this topic, and especially about perceptual and societal similarities and differences between today and 50 years ago.

Counterpointing the bright archive footage, Lindström and Petri make efficient use of the dark, atmospheric cinematography by Erik Vallsten that captures Björn's ethereal elusiveness as he revisits the Hotel des Bains in Venice, and places where he used to hang out in Tokyo and Paris. Combining it with detailed sound design and an eerie score by the Swedish star composer and singer Anna von Hausswolff, they create a documentary with a vibe that often reaches the registers of a psychological horror film, which is certainly not a far cry from how their subject – who recently played a role in Ari Aster's Midsommar – often felt.

The Most Beautiful Boy in the World was produced by Sweden's Mantaray Film and is handled internationally by Germany's Films Boutique.

altro su: The Most Beautiful Boy in the World

Recensione: The Most Beautiful Boy in the World 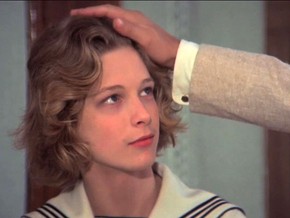 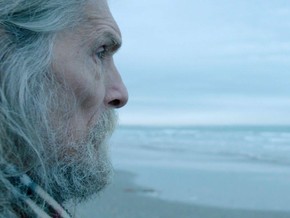 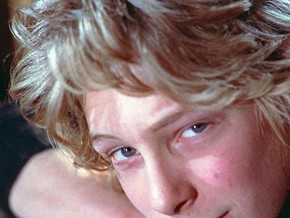