In recent years, the boundary between documentary and fiction filmmaking has been getting increasingly blurry. Milena Czernovsky and Lilith Kraxner’s debut feature-length film, Beatrix, definitely represents one more step in that direction. After its world premiere at this year’s edition of FIDMarseille in July, it has just premiered nationally at the Viennale.

We meet our title character, played by newcomer Eva Sommer, as she is spending a lot of time alone in and around the house. No context is given, but one thing is sure: the house is not (or at least it was not) hers, as the furniture that has been left there and the tastes in the decoration suggest that the previous tenant was way older. Beatrix gets used to the place, learns what goes where, feeds the stray cat that comes by occasionally and lies on a giant, plastic ball in the garden. She makes phone calls from time to time, invites some friends over for dinner, and her lover (of sorts) even drops by. At one point, she changes her appearance and decides to rent out the spare room.

If the essence of the plot of Beatrix could be summed up in one word, it would be “ordinariness”. All of the things that our protagonist does are completely ordinary, even mundane. But on the other hand, it is clear that she is going through something significant in her life: whatever it is (we never learn what), it is painful and probably transitional for her, but she is still right in the middle of it and feeling it fully. She certainly has to deal with something, or at least to figure something out, and it is not clear whether she even realises what it is. In that sense, Beatrix is no different from any of us at certain periods in our lives that we find pivotal.

There is a trend of focusing on the sense of “truthfulness” in certain types of fiction films, and Beatrix is certainly one of those. Some parallels could be drawn with the mumblecore movement, but with one key difference: the protagonist spends the majority of screen time alone, therefore not talking or even “mumbling” a lot. Having a non-professional actress (Sommer hails from the performance-art world) in the leading role underlines the sense of sincerity, and her acting performance is brave: she is close to giving it her all, which suits the film quite well.

On a technical level, Beatrix also comes across as an inspired, yet thoroughly thought-through, film. The analogue, 16 mm cinematography by Antonia de la Luz Kašik gives the movie a sense of warmth and naturalness, the longer, static takes from various distances represent a form of idling that could be idyllic or stressful, while the black screens that Czernovsky and Kraxner inserted in the editing process (which they handled themselves) serve as markers that separate the stages in the filmed story and also the stages of what the protagonist is going through. For better or for worse, Beatrix is a very particular filmmaking debut by these artists, who certainly have what could be called a “voice”.

Beatrix was produced by Milena Czernovsky and Lilith Kraxner themselves, with the help of production manager Lara Bellon. Austrian company sixpackfilm handles both the national distribution and the international sales. 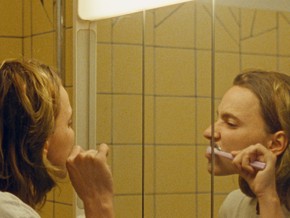 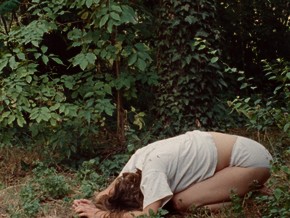 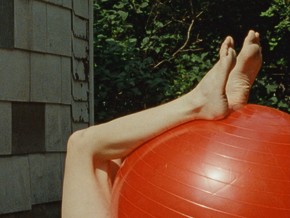