Unless you were brainy enough to continue Physics at an advanced level or on a college course, most of us last contemplated electromagnetics in early secondary school. But the feel of those practical lessons is easy to recall – the biting sensation when the dusty, magnetic batons clicked or else ricocheted across the work table. Greek filmmaker Yorgos Goussis, an award winner for his debut feature, Magnetic Fields, in the Thessaloniki International Film Festival’s >>Film Forward Competition (see the news), is not the first to compare romantic attraction to what physicists (bless them) call “radiant energy”, yet his odd little film commits to the bit, observing two very different individuals on the island of Kefalonia first moving in sync, and then poignantly drifting away.

Magnetic Fields is a crafty scientific experiment in another, complementary sense. Goussis, together with his two lead cast members, Elena Topalidou and Antonis Tsiotsiopoulos, devised the film without the typical preparation, guerrilla-filming at the height of the pandemic last year with only a story outline and 15 days’ improv-driven shooting to carry them through. The resulting work bears the rough edges – untied plot threads and vague characterisations, in this case – that one would expect from such a process, and lacks some originality and narrative tension, but the movie benefits from being judged as a happy outcome from a set of stringent limitations, a bit like a student exercise or a 48-hour film challenge.

Still, Goussis and his talented DoP, Giorgos Koutsaliaris, would be highly commended, as well as docked a few marks, for what they present. Their chosen shooting format of MiniDV – favoured by the Dogme 95 films of two decades ago now – combined with Kiarostami-aping landscape compositions make uneasy stylistic bedfellows. The plot progression itself has what you could accuse of being stock elements for a melancholy indie film: a disaffected dancer and musician (Topalidou, her character’s name the same as her real one) flees her family obligations on a whim; on a ferry to the island, she meets a surly office worker (Tsiotsiopoulos, the same) with a box of his aunt’s remains to bury.

What ensues can’t effectively split the difference between a sense of narrative mystery, and a sloppiness where character and plot motivations feel erratic. When Antonis tries to haggle with the attendant at an Orthodox burial ground on the island, so he can make a plot for his aunt, it’s revealed that he both barely knew her, and she was only born on the island without having lived there at all – one of the many story points that feel, say, plucked at random from a bag of scrunched-up notes, and not deliberate enough to be a joke or parody.

Magnetic Fields still ambles along pleasantly in its breezily unpretentious way, and we can just about see the appeal for the elegant Elena in the shabby Antonis: she’s an artist blending the same element of unpredictability of her art into her life, and her impromptu new friend is a fresh source of inspiration and spontaneity. Their cute repartee and exchanges of life koans, at the picture’s best, make it feel like a dinky, pocket-sized version of arthouse travelogue films like Wim Wenders’ Kings of the Road or this year’s great Compartment No. 6 [+leggi anche:
recensione
trailer
intervista: Juho Kuosmanen
scheda film].

Magnetic Fields is a Greek production staged by miniFILMS, Naked Eye Productions and Heretic. The Greek Film Centre served as a co-producer. Heretic Outreach is the movie’s sales agent. 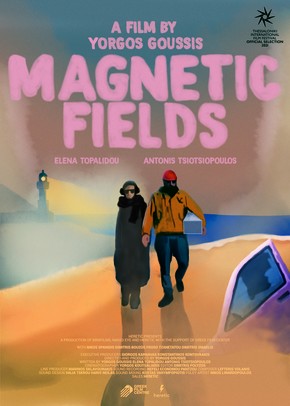 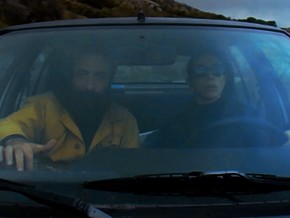 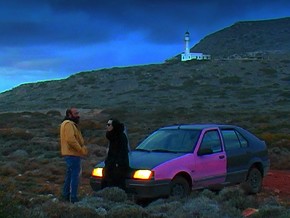