A Woman Captured: Modern slavery in the heart of Europe

24/11/2017 - Bernadett Tuza-Ritter's portrait of a modern-day slave in Hungary raises questions about the phenomenon, but also about documentary filmmaking

Hungarian filmmaker Bernadett Tuza-Ritter is an editor, writer, cinematographer and director whose first feature-length documentary, A Woman Captured [+see also:
trailer
film profile], has just world-premiered in the IDFA's main competition. She accidentally came across a case of modern-day slavery when a woman called Eta was bragging to her about having servants. Tuza-Ritter wanted to see this for herself and met Marish, a 52-year-old woman who has been working 20 hours a day for Eta's family for the last ten years. The director asked for permission to film Marish, and Eta allowed it – for €300 a month.

Marish's life has left some very visible marks: with the lines on her face and her lack of teeth, she looks as if she is at least 70 years old. And Tuza-Ritter focuses only on her, almost always strictly keeping the lens on her protagonist, leaving in only the voices of the family that is holding her captive.

Marish sleeps on a couch and has to jump at Eta's or her children's every whim – otherwise, she gets beaten. From the beginning of the film, her hand is in a cast, broken. The director mostly follows her in mid shots or close-ups, with a handheld camera, and sometimes they talk very quietly, the filmmaker asking in disbelief about what would happen if Marish tried to run away. And it seems that this is what gives the woman the courage to try.

There is barely any exposition to the film – we do not really learn how Marish ended up in this position, but she also has to give all of her money to Eta (she also works night shifts in a factory), and she only gets food and tobacco in return.

The cruelty and lack of awareness of Eta and her demanding, spoiled sons are indeed puzzling, as is the fact that she let the director shoot in her home, trusting Marish not to tell Tuza-Ritter the whole truth… Or perhaps, even worse, not caring if it will matter.

Gradually, the filmmaker and the protagonist become closer, which gives Marish strength and focus as she starts planning her escape. Their relationship is touching at times, and this is strongly contrasted by Eta's character, which comes off as something akin to an evil witch straight out of something by the Brothers Grimm. Perhaps even too much so, as at times it is almost unbelievable, regardless of how few illusions we might have about human nature.

However, the power of the film is undeniable, and the issues it raises on both sides of the camera are important and need to be shown and discussed: on one hand, the phenomenon of modern slavery and the fact that an estimated 1.2 million people in Europe are victims of one of its forms, and on the other, the question of the relationship between a documentary filmmaker and a protagonist, and a filmmaker's direct influence on the subject matter that he or she is dealing with.

A Woman Captured is a co-production by Hungary's Éclipse Film and Germany's Corso Film [+see also:
trailer
film profile], and Syndicado has the international rights.

more about: A Woman Captured

As the prestigious US-based indie gathering unspools online for the second time, Cineuropa and eyelet present a quartet of unmissable titles from Sundance’s past editions

First clapperboard to slam on Erasing Frank in July

Steered by Frank Production and Otherside Stories, Gábor Fabricius’s first feature takes a peak behind the Iron Curtain and to the heart of the state-led oppression of anti-conformist minds

Hungarian producer Julianna Ugrin, of Éclipse Film, talks to us about her work and her selection for EFP’s Producers on the Move

“As a producer, I insist on having fun and fuelling my curiosity” 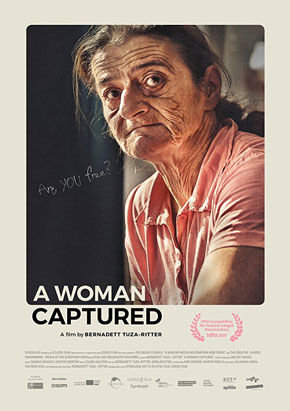 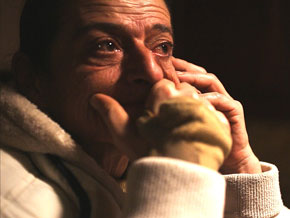