Styx, Woman at War and The Other Side of Everything to vie for the LUX Prize

24/07/2018 - The three finalists will travel the continent, before the award is given out at the European Parliament on 14 November 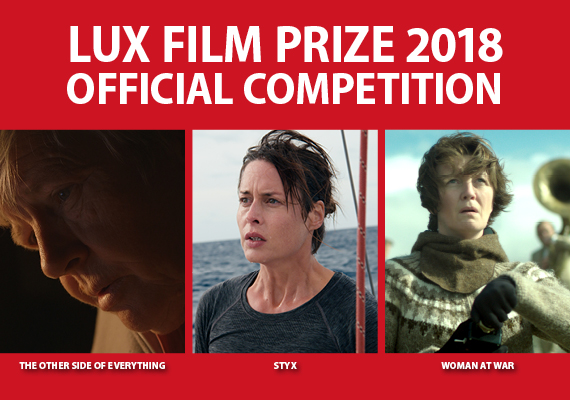 The three films – all of which coincidentally put female characters in the spotlight – and the topical themes that they address are a call to action in these difficult times. Styx is the odyssey of a solitary woman into the blue of the ocean, tackling the vital challenge of immigration and refugees. The Other Side of Everything marks the second time in LUX Prize history that a documentary has featured among the three finalists and is a tender portrayal of a woman, whose story tells the history of her country and Europe as a whole, from a tumultuous political past to the dangers of nationalism. Meanwhile, Woman at War is an energetic, environmental and feminist saga, a call for civil resistance to fight for and save nature from industrial greed and hegemony.

The three films will become the core of the 2018 LUX Film Days in the autumn, and will be screened in more than 50 cities and festivals across 28 European countries. With each film subtitled in the 24 official languages of the European Union, every year an even wider audience will be able to discover these films and identify with the topics they address. This year’s LUX Film Days will again be organised by the European Parliament Liaison Offices, and thanks to the cooperation with Creative Europe, audiences throughout Europe can enjoy the unique cinematic events of simultaneous screenings: the movies will be screened in several theatres at the same time, connecting audiences via live interactive discussions with the filmmakers.

The winning title, voted for by the members of the European Parliament, will be further adapted for those with visual and hearing impairments. The winner – which will be announced on 14 November in Strasbourg – will also receive promotional support during its international release.

Lastly, this year’s participants in the 28 Times Cinema initiative (read the news here) will be attending LUX Prize events during the Giornate degli Autori at Venice, taking part in workshops and debates, before becoming the LUX Ambassadors in order to present the seventh edition of the LUX Film Days in their respective countries.