Filming for Maria’s Paradise under way in Estonia 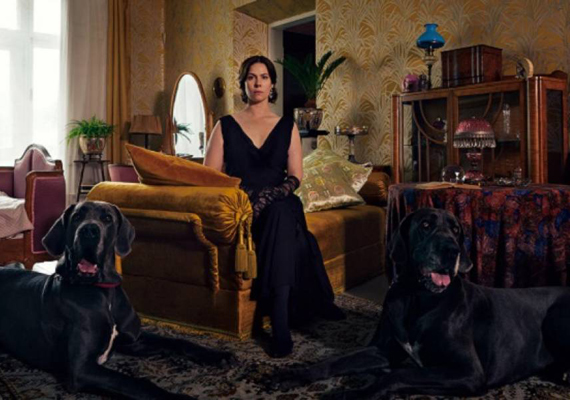 Filming for Maria’s Paradise [+see also:
film review
trailer
interview: Zaida Bergroth
film profile] kicked off in July in Estonia – more specifically, in Viljandi County’s small borough of Olustvere and in the Old Town of Tallinn. Zaida Bergroth’s upcoming feature is a religious piece based on the real-life story of Maria Åkerblom’s controversial sect, whose members became notorious and were accused of several crimes in 1920s Finland. This is Bergroth’s fifth feature, following her most recent, the successful 2017 drama Miami [+see also:
trailer
film profile], which garnered four nominations at the prestigious Jussi Awards last year.

Produced by Daniel Kuitunen, Kaisla Viitala and Liisa Penttilä-Asikainen for Finnish outfits Elokuvayhtiö Komeetta and Kaiho Republic in co-operation with Evelin Penttilä for Stellar Film, the movie’s overall allocated budget amounts to €1,654,023. Maria’s Paradise has received financial support from the Finnish Film Foundation (€805,000), the Cultural Endowment of Estonia (€35,000) and the Estonian Film Institute (€100,000). Additional partners are Finnish public broadcaster YLE, the Finnish Church Media Foundation, the Promotion Centre for Audiovisual Culture (AVEK) and Film Estonia, which has approved a cash rebate of €219,995 thanks to the employment of local crew members and the use of other services on location.

Maria’s Paradise will wrap filming in autumn of this year and will be released in autumn 2019. Nordisk Film (Denmark) is currently in charge of its Nordic sales, while Level K (Denmark) is its international sales agent.