26/11/2018 - Juan Rodrigáñez returns to the cast and format of his debut film with a second cinematographic adventure staked on liberty, improvisation and zany humour

Last week saw the world premiere of Juan Rodrigáñez’s second film, screening in competition in the international Rellumes section of the 56th Gijón International Film Festival. It comes three years after Rodrigáñez presented his debut work, the indefinable The Money Complex [+see also:
film review
trailer
film profile], at the Berlinale and later at the Malaga Spanish Film Festival. His second feature, Rights-of-Man [+see also:
trailer
interview: Juan Rodrigáñez
film profile], stars the same set of performers and walks the same fraught line between daredevilry and farce as the debut that shot him to notoriety on the alternative circuit.

The same air of rustic tranquillity pervades both films, although in this latest offering the setting is transposed from a country estate in Extremadura to the outskirts of a small town in Castile and León. Here we find the new rallying point of the director’s faithful troupe, which, armed with a circus tent, some make-up and a jumble of costumes, disguises and wigs, have thrown together another film based on a minimal plot and a handful of bright ideas, banking on improvisation and chutzpah to carry them through. The end result feels a bit like an artists’ retreat, with each participant seeming to chip in with dialogue, witticisms and stunts as the mood takes them.

The thespian friends gathered here to play at making a film have, so the story goes, formed a company called Gran Circo. In a matter of days, in a villa somewhere on Spain’s meseta central, they will unveil their new show (entitled Rights-of-Man) to the world. But first, they must rehearse. Among them is a bearded lady, a fortune-teller, tightrope-walkers, the master of ceremonies and a clairvoyant. Just like in Tod Browning’s Freaks, the plot is laden with manipulation, jealousy and nefarious misdeeds, but it’s gossamer thin, with no exposition nor resolution. This doesn’t seem to bother Rodrigáñez, but viewers expecting logic and a tidy ending will find themselves distinctly befuddled.

The end result is a completely free cinematographic exercise with a certain Pasolinian aesthetic and a total disregard for genre conventions (it begins like a musical and ends with a corpse) or any kind of structure or reason. Some moments sparkle with a wacky, surrealist humour, while others are almost childishly simplistic and border on the ridiculous. If in The Money Complex this approach to filmmaking felt like a breath of fresh air, here it leaves us baffled, bored and, at times, embarrassed. At least we can say that the architects of this film had a rollicking good time making it, although its laboured wit and knowing winks are unlikely to chime with an audience unversed in the intricacies of artistic creation and performance.

Juan Rodrigáñez returns to the cast and format of his debut film with a second cinematographic adventure staked on liberty, improvisation and zany humour 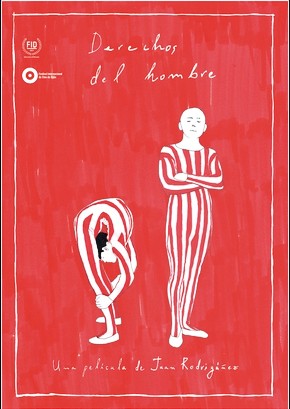 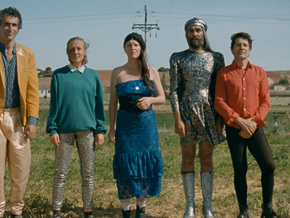 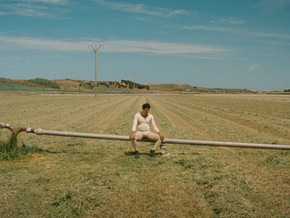