It's doubtful there will be another film as infuriating as Guido Hendrikx's A Man and a Camera [+see also:
trailer
film profile] in the Dox:Award Competition at CPH:DOX. Indeed, it is difficult to decide whether Hendrikx knocking on people's door, waiting for the residents to answer, and then just standing there with a camera on his shoulder filming them is an act of complete folly or mad genius. Its deceptively simple premise is a searing provocation to the people the director meets in the Dutch hinterlands, and to the audience watching the film. It almost sounds like a Jackass sketch, where someone gets sent out on a task that will inevitably see them punched in the face, just for the LOLs. Except that here, Henkrikx strives for something more profound than laughs – the reactions he captures will inform the viewer about humanity. The director achieves this goal, although the conclusion that some people are fearful, others funny, and some of them incredibly kind is no huge surprise. And yet, despite its infuriating nature and unsurprising conclusion, Hendrikx's film is not to be missed, especially for those with a keen theoretical interest in documentary as a form.

Hendrikx's footage follows three rules – three obstructions, to use the parlance of Lars von Trier. The director / camera operator / protagonist never speaks, not even nonverbal communication. He claims to have deleted footage that broke this rule. Even when he is attacked, he doesn't talk, the camera erratically filming his surroundings as he falls to the ground. The second limitation was that, when someone answered the door, they would be the ones directing the encounter by deciding whether to engage with him, slam the door, or invite him in (8 people out of the 300 - 400 doors he knocked on invited him to come in). The third rule was that he would confine himself to ordinary people in ordinary environments. He shot in every province of the Netherlands, avoiding more familiar places, with most of the images coming from the country's borders, close to Belgium and Germany, and the seascape.

The feeling while watching the film is that it is taking place in real time, with the camera filming the ground as the mysterious camera operator walks between houses — something very far from the cinematic landscapes seen in many documentaries today. Hendrikx is no Michael Moore or Morgan Spurlock either, choosing to be a character behind the camera rather than in front of it. Moreover, the film isn’t an attempt at Cinema Verité, in which the camera is supposed to merge into the scene, to become invisible to the protagonists in order to capture as natural and human interactions as possible. On the contrary here, the camera is a huge part of the film, and is caught in reflections too. In its production notes, Hendrikx argues: "I believe the vast majority of documentaries are exploiting extraordinary subjects in ordinary forms. With this film, I simultaneously attempted to subvert that contemporary documentary formula."

But is this documentary as clever as it thinks it is? After all, this is a film with plenty of manipulation in the edit. It opens with a series of bewildered and questioning reactions, then moves on to images of aggression, before venturing into a lighter tone and, eventually, to acts of extraordinary kindness and compassion, tugging the audience's emotions this way and that as it goes. Yet all in all, Hendrikx seems most interested in himself, the only protagonist in every shot. The result is often incredibly infuriating, with its wayward aesthetic and pacing, but impossible to forget and leaves plenty of space for contemplation long after the end credits have rolled.

A Man and a Camera was produced by Aventura and Boondocs. World sales are handled by Square Eyes.

more about: A Man and a Camera

Other laureates include Tomer Heymann's I Am Not, Nelson G Navarette and Maxx Caicedo's A la calle, and Effi Weiss and Amir Borenstein's By the Throat

The selection includes 31 world premieres among a total of 116 documentaries at the hybrid 23rd edition, which will run from 1-10 July 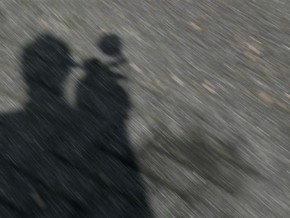 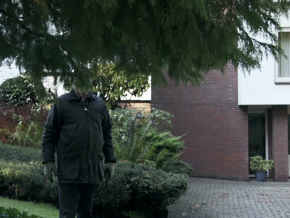 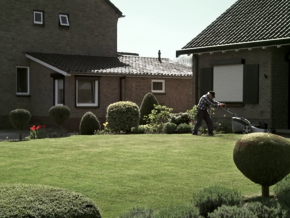