09/07/2021 - CANNES 2021: Mahamat-Saleh Haroun delivers a luminous work about a mother whose love for her daughter causes her to change course and to set about surmounting social and religious taboos

"Sorry to tell you like this, but Maria is pregnant. She’s been expelled from high school, it’s not good for their image." Amina (the charismatic Achouackh Abakar) had suspected something was amiss with her daughter (Rihane Khalil Alio) of late, who’d cut contact with her, withdrawing and tossing and turning in her sleep. The situation holds up a painful mirror to Amina who was herself a teen-mother, rejected by her family and held in disrepute by those around her. A frequenter of the Iman Brotherhood for the past ten or so years (who exhort her not to miss any prayers at the mosque to ensure she "cleanses herself of her sins" and who chase her at home when she decides to distance herself from them), this formidable woman works tirelessly to recuperate the wires which have been braided into cables inside old tyres, which she uses to make small stoves, which she then does her best to sell. But she’s not interested in a man’s protection and dodges the marriage proposals meted out by her neighbour Brahim (Youssouf Djaoro), instead dedicating herself entirely to her daughter’s present and future life. As such, when the latter tells her mum that she wants an abortion ("let me free myself from by body), a procedure which is strictly forbidden by their laws– an obliging doctor risks 15 years in prison – and religion, and that her desperation is close to driving her to suicide, Amina decides to subtly take action, to knock on every door and to change her own outlook on the world…

A beautiful portrait of a woman bravely taking her destiny in hand and of an affectionate mother-daughter relationship, but also an exploration of a country where women help each other behind closed doors, Lingui, The Sacred Bonds plays with a handful of archetypal characters, spinning a modern yarn whose every shot is sculpted in sobriety, luminosity and intimacy (a special mention goes to director of photography Mathieu Giambini). Touching upon weighty subjects such as abortion, rape and female circumcision, the film chooses not to broach these topics in head-on fashion, but rather to approach them from the inside, where that which is hidden freely circulates among the sisterhood and waits only to assert itself in the plain light of day, already coaxing the future into this direction.

Lingui, The Sacred Bonds is produced by French firm Pili Films and Chad’s Goï-Goï Productions, in co-production with German outfit Made in Germany and Belgium’s Beluga Tree. International sales are entrusted to Films Boutique.

more about: Lingui, The Sacred Bonds

"The film is about a woman bravely taking her destiny into her own hands, but also about a country where women help each other"

CANNES 2021: The Chadian director is back in the Palme d'Or competition with his new film, which follows a woman surmounting social and religious taboos

No One’s with the Calves, Vortex, Olga and Hive come out on top at Filmfest Hamburg

The 29th edition of the German gathering rolled out a purple carpet, and showcased stories about love, hope and the fight for freedom

CANNES 2021: Mahamat-Saleh Haroun delivers a luminous work about a mother whose love for her daughter causes her to change course and to set about surmounting social and religious taboos 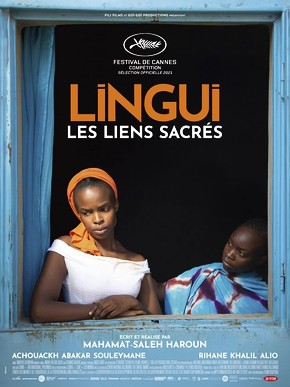 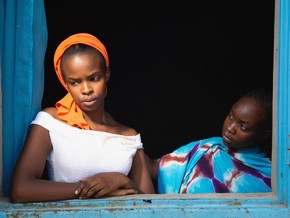 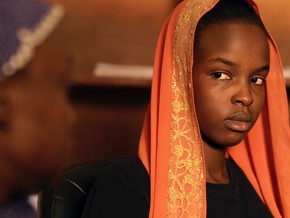 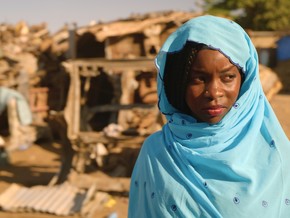