03/09/2021 - VENICE 2021: Éric Gravel delivers a breathless film about a mother (Laure Calamy in an exceptional role) crushed under the alienating whirlwind of modern life between the banlieue and the capital

"If you no longer want to clean rich people’s shit, there is no place for you here.” In Parisian palaces, when a client leaves their room in a frightful state, we call that a “Bobby Sands.” But for Julie, the protagonist of the thrilling film Full Time [+see also:
trailer
interview: Eric Gravel
film profile] by Éric Gravel (unveiled in the Orizzonti programme of the 78th Venice Film Festival), who has to use a high-pressure hose to clean the bathroom destroyed by a famous singer, this is the least of her troubles in a daily life that is quickly turning into a nightmare.

This divorced mother is only an ordinary woman among many others in the Paris region, juggling like an acrobat without a safety net between her professional life and the management of her household (a nanny to deal with, a fridge to fill, clothes to iron, children who need a bit of time, attention and love, the decision to lead a life in a small village in the great banlieue, etc.). She lives under the Damocles sword of bills, credits, alimony and overdrafts, and is swallowed under the tiresome pendulum rhythm of trying to get to work in Paris every day, at the mercy of the proper functioning of the public transports.

This edifying portrait, very modern and realistic, is painted by the filmmaker (who wrote the script on his own) through nine high octane and consecutive days, from Monday to the following Tuesday. From the hour before dawn during which Julie (Laure Calamy, delivering a phenomenal performance) prepares her two young children for school before dropping them with the nanny, running to catch her train and watching the sun rise on the grey urban horizon that runs past the windows of the P line of the Transilien train, to her return at sunset, all the alienation of a daily life made of sacrifices with time always running out too fast shines through.

But for this woman, a former marketing researcher (who had to retrain as a maid in a luxury hotel, a high pressure job), the week that begins is bound to be even more complicated as a generalised strike threatens to paralyse public transport just as she may have an opportunity to get another job at the height of her abilities… Thus opens an infernal spiral of cancelled trains, shared car rides, interruptions, desperate resourcefulness, breaches of the rules of her job, begging, saving appearances, sudden catastrophes and improvised solutions — a vortex that gets worse with every passing day to the point where it almost becomes a question of life or death…

Making the most of the exceptional energy of its lead actress (whom the camera never abandons in her wanderings and tribulations), Éric Gravel directs a breathless work, a human drama that very easily calls on our empathy, so perfectly does it recreate contemporary reality and echoes current societal issues (the radio regularly gives updates on the events underway in France: strikes, protests, violence, etc.). After his feature debut, the well-received Crash Test Aglaé [+see also:
trailer
film profile] in 2017 which tackled the topic of delocalisation in a comedy vein, the filmmaker thus confirms, in a completely different style, his interests and his talent for shining a light on social topics through very endearing female portraits, as well as his art for turning crucial and important questions into striking and fascinating cinematic adventures.

Produced by Novoprod and co-produced by France 2 Cinéma and Haut et Court, Full Time is sold internationally by Belgian company Be For Films.

VENICE 2021: The new movie from the filmmaker has as a protagonist an ambitious woman trying to combine family and work

Crystal Arrow for the film from Slovak filmmaker Peter Kerekes, Audience award for Hive, Swamy Rotolo and Laure Calamy for best acting, and the Cineuropa award for Full Time

Laure Calamy tackles the difficult role of a sex worker and Mother Courage who wants to secure the future of her teenage son, in Cécile Ducrocq’s feature debut

The GIFF rewards three singular personalities with nerves of steel

The film Costa Brava, Lebanon and the series Snow Angels reigned triumphant at this year’s festival which welcomed 140 works in different formats

Laure Calamy, Olivia Côte and Kristin Scott Thomas head the cast of this Avenue B production in partnership with Blonde Audiovisual Productions and Scope Pictures, sold by Indie Sales 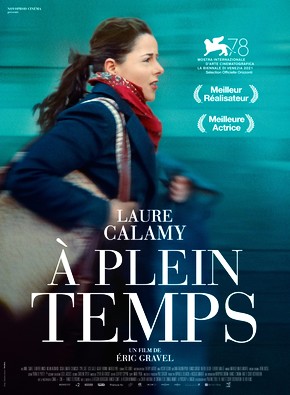 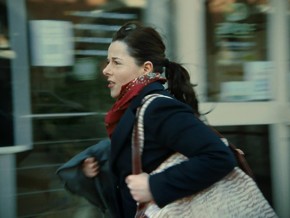 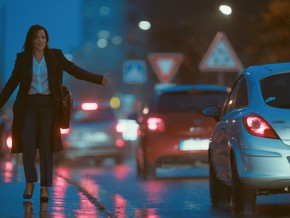 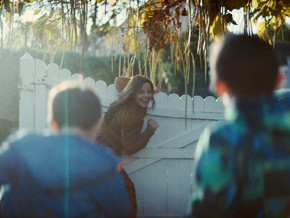 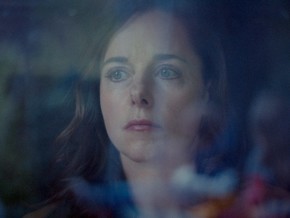 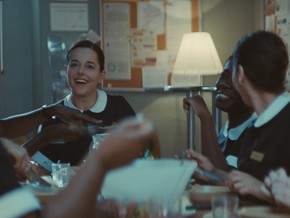