One thing one could say about Romanian cinema is that it didn’t become famous thanks to its thrillers. But once in a while, a Romanian thriller does manage to take the world by surprise, and now it’s the turn of Bogdan George Apetri’s third feature, Miracle [+see also:
trailer
interview: Bogdan George Apetri
film profile], currently showing in the Orizzonti sidebar of the Venice Film Festival. Bringing together a nun and an experienced detective, Apetri succeeds in captivating the audience with an unpredictable, violent story while commenting on Romanian society.

It all starts with a crying nun, Cristina (Ioana Bugarin). After a mysterious conversation with another nun, she leaves the convent and takes a taxi to the nearby city. A long conversation between her, the taxi driver (Valeriu Andriuţă) and another passenger (Valentin Popescu, who comes back to Venice almost three decades after Dan Piţa’s Hotel de Lux was shown in the main competition, winning a Silver Lion), we learn that Cristina is suffering from a mysterious illness and needs to visit the hospital in the town. When we see her entering the gynaecologist’s office, we understand her crisis. But the story will soon head off in another direction, and the second part of the film will focus on a detective’s (Emanuel Pârvu) investigation.

For those fearing that Miracle will be as anticlimactic as some other Romanian films, rest assured: Apetri manages to create a feeling of urgency, of continuous tension, which will only increase throughout the movie before ending with a bang. It is impressive the way in which the director makes the audience aware of the passing of time and of how everything happens against the clock. And as we follow Cristina’s itinerary between the convent and the town, and then we follow the detective back on the same path, Miracle proves to be an impressively balanced piece of work.

Besides Apetri’s screenplay, one of the great strengths of the film is the acting. Bugarin is definitely one of Romania’s most promising young actresses, after her main part in Bogdan Teodor Olteanu’s Mia Misses Her Revenge [+see also:
trailer
interview: Bogdan Theodor Olteanu
film profile] and her pivotal role in Ruxandra Ghiţescu’s Otto the Barbarian [+see also:
film review
interview: Ruxandra Ghiţescu
film profile]. Watching her, we feel the deep crisis that Cristina’s life has slid into, the gigantic contrast between her wish to become a nun and her unwanted pregnancy. But even more impressive is Pârvu (who is also a director, whose second feature, Mikado [+see also:
film review
trailer
interview: Emanuel Pârvu
film profile], will be shown at the San Sebastián Film Festival later this month).

Aided by some of the best lines written in Romanian cinema this year, Pârvu delivers an impressive performance which may very well win him a Gopo Award for Best Actor in 2022 or 2023, depending on whether Miracle gets released domestically this year or next. His character’s obsession with solving the case makes him take liberties with police due process, which may invite the audience to consider whether there is an ulterior motive to his actions. Nevertheless, his interactions with the other characters (nuns, doctors, various colleagues and the man who is believed to be the culprit) turn into a certain social commentary, creating a conflict between the detective’s straightforward view on reality and the ineffective mix of fatalism, faith and superstition that seems to have permeated the Romanian provinces.

Miracle was produced by The East Company Productions (Romania), and co-produced by Cineart TV Prague (Czech Republic) and Tasse Film (Latvia). Its international sales are handled by Memento International.

VENICE 2021: The writer-director talks about his new film, which explores the trials and tribulations of two very different characters, a nun and a police inspector

For the first time, two Romanian films end up in the country’s yearly top 10 at the box office

All of the other awards at this year’s edition went to European productions, such as Beautiful Beings, Feature Film About Life and The Night Belongs to Lovers

Nine of the titles are feature debuts, several of which have already been screened and acclaimed at international festivals

The second Champagne-based edition of the Crime Film Festival is unspooling 5–10 April, offering up two competitions and tributes to Walter Hill, Martin Campbell and Rodrigo Sorogoyen

In the running for the Golden Bear, Ursula Meier’s movie leads an array of films which also includes upcoming works by Dominik Moll and Tarek Saleh, and a market screening of Tropic of Violence 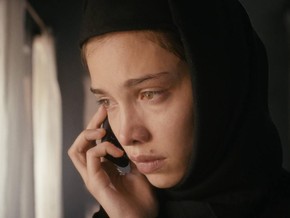