29/06/2022 - Eugenio Cappuccio’s movie about a surly writer who has withdrawn to the Tuscan hills and a young graduate runs smoothly yet mundanely towards its obvious conclusion, without a flicker of originality

La mia ombra è tua, directed by Eugenio Cappuccio (Se sei così ti dico si [+see also:
trailer
film profile]), is a film aimed at nostalgic sixty-somethings who think that driving an outdated red car, knocking back cocaine like its spring water and getting back together with the schoolmate they loved 40 years previously can make them happy.

Presented at the Taormina Film Fest and due for release in Italian cinemas on 29 June courtesy of 01 Distribution, the film revolves around Vittorio Vezzosi (Marco Giallini), a writer who achieved fame by way of a single book, I lupi dentro, but has since stopped writing and locked himself away in a villa in the Tuscan hills (no, it’s not J. D. Salinger). Thanks to an influencer who rediscovers the book Vittorio wrote 25 years earlier, his editor (Claudio Bigagli) believes that his client should give it another shot and write a sequel. As such, he sends one of his disciples, twenty-five-year-old nerd Emiliano (Giuseppe Maggio) - who has only just graduated with honours in Classical Studies - on a recon mission. After a few clashes with his surly writer host, the young man and the elderly author become friends and set out on a trip to Milan in a red Jeep CJ-5 without a windscreen. Vittorio is supposed to be announcing his new book, but he’s secretly planning on meeting and winning back Milena (Isabella Ferrari) who was his girlfriend 38 years ago.

Based on Edoardo Nesi’s novel of the same name, the screenplay is problematic for several reasons. First and foremost, on account of its premise. The closest comparison to the film would be Finding Forrester by Gus Van Sant, which starred Sean Connery as an elderly writer who wins a Pulitzer Prize and then withdraws to lead a reclusive life in his New York apartment. Thankfully, La mia ombra è tua doesn’t even try to draw a parallel with this wonderful film about a love for writing. It opts for a comedic tone which flows smoothly yet mundanely towards its obvious conclusion, without a flicker of originality. The character of the writer is basically a boorish hick without an iota of charisma, who trots out endless rubbish jokes (no, not along the lines of Philip Roth or John Updike) and doesn’t say a single sensible thing in the film’s 107 minutes (his only “intelligent” sentence, repeated twice, is: “Life is short and messy, but there are moments of beauty, too”). For example, on the first night they spend together, the writer takes the nerd to a nightclub called “Night Club” where lap dancers clearly of Russian nationality offer to break in the young man who “stinks of rancid testosterone”, in the words of the writer.

The writer’s faithful servant/North African friend (Senegal’s Sidy Diop), Emiliano’s young girlfriend (Anna Manuelli) and comely Milena are merely a backdrop for this messy comedy which rests wholly upon on the perceived friendship between the two protagonists, and only distantly flirts with the theme of fatherhood. The film’s title is a quote from Malcolm Lowry’s novel Under the Volcano (“I have no house, only a shadow. But whenever you are in need of a shadow, my shadow is yours.”), a sentence which the writer in the film inexplicably gets tattooed onto his skin.

Eugenio Cappuccio’s movie about a surly writer who has withdrawn to the Tuscan hills and a young graduate runs smoothly yet mundanely towards its obvious conclusion, without a flicker of originality

The festival’s 68th edition will unspool 26 June – 2 July in the Sicilian city, with six international films in competition, premieres and restored movies on the agenda

Based on Edoardo Nesi’s novel of the same name and produced by Fandango, the film will star Marco Giallini and Isabella Ferrari in its cast 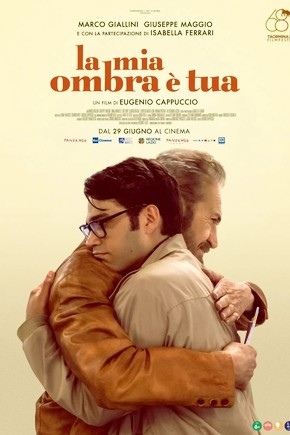 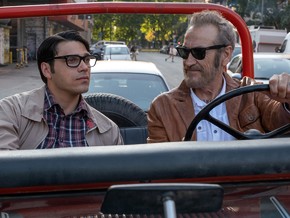 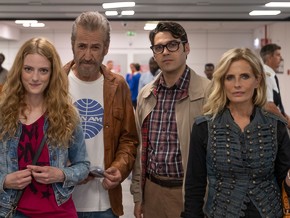