Angeliki Papoulia plays a woman who lives on a ship with her crew of five men. Her independence is somehow interesting to people, assuming “she lives her life very free.” It’s probably true – she can listen to the sea all day long or have conversations with sun-kissed people who come and go. But one scene seems to suggest she is not that interested in Marseille’s summer chatter. She is looking for something, anything: a goal.

She finds it, in a very strange place. Ida becomes fascinated by the myth of the French Foreign Legion, that reminder of the less-than-glorious past that somehow still survived all the storms. Wittman, apparently, had a similar encounter and came out of it interested in these men’s elusiveness, routines and their world closed off to women. As Ida decides to head to the Legion’s original headquarters in Sidi Bel Abbès, not much is being said, but maybe they don’t need a reason at all. If it’s really an existence of absolute freedom – or boredom – the smallest excuse can push you into some new direction.

Wittmann, who openly references Claire Denis’ Beau Travail here – with Denis Lavant suddenly showing up, playing the same character and announcing the Legionnaires are “everywhere” – doesn’t seem that interested in making political statements, however, about colonialism or power in general. For all her quotes, this film is on its very own level, either mind-numbingly dull or hypnotic.

That being said, her main intention feels clear: she wants her viewers to look. At the sea, water, look for a long while and without any distractions. There is certainly plenty of time for it here, time for slow kisses and slow gestures as well. This unhurried pace, one that comes off as almost unnatural, makes Human Flowers feel like a ghost story of sorts. These are spirits that travel because they have nowhere to go, no stories to share and no memories, one could say. Apart from some old postcards to look at.

Human Flowers of Flesh was produced by Fünferfilm and co-produced by Tita B Productions. Shellac handles international sales.

more about: Human Flowers of Flesh

"When I am writing a scene, it’s really about the moment"

“The interest in arthouse and artistically demanding cinema seems to grow” 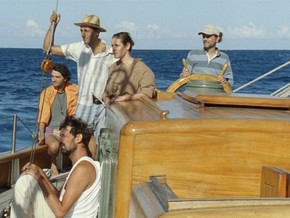 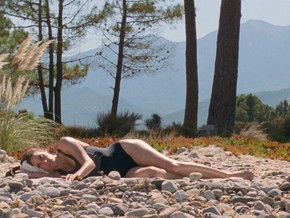 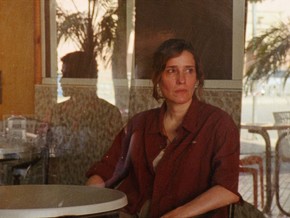 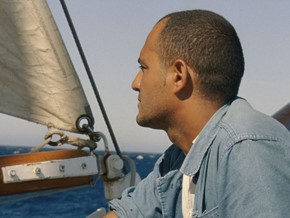