In his first feature film Peripheric Love, which was presented in a world premiere within the Solothurn Film Festival’s First Works section, Luc Walpoth depicts a couple in crisis but trying to stay afloat, despite job insecurity and an unexpected event which poses further risk to their cohesion. Played precisely and intelligently by Mexican actress Iazua Larios and Neapolitan actor, producer and screenwriter Fabio Troiano, Maria and Giorgio form the backbone of a film which cleverly plays on contrasts without ever sliding into Manicheism. Revolving around the fluctuating feelings of its two protagonists, Peripheric Love invites us to relax into an authentic kind of tenderness which steers successfully clear of sentimentalism.

Born in Zurich and educated at EICAR (the International School of Audiovisual Creation and Film Direction) in Paris, Luc Walpoth already has a number of short films under his belt, works which have been nominated and rewarded at international festivals along the lines of Palm Springs, Locarno, Sitges and Clermont-Ferrand. In his feature film debut, he has decided to depict a social drama, both melancholy and full of hope, extolling the small things and lending a voice to those excluded from a competitive society.

Peripheric Love is led by Maria, a Mexican immigrant working for the middle-class Brandt family, and Giorgio, a security guard who watches over the very same family’s factory at night-time. They’re a seemingly everyday couple who live modestly, who can’t permit themselves luxuries, but who share small yet great achievements. But the increasing rarity of any conversation between them slowly but surely drives them apart; silence gradually replaces spontaneity and dreams, as if reality were suffocating the feelings that Maria and Giorgia no longer dare share. Ready to listen to their troubles and stepping into unexpected advisory roles are the charming parish priest (Alessio Lapice) who Maria visits, and the transgender sex worker (played by the magnetic Christina Andrea Rosamalia) whose rescue Giorgio came to during an assault.

In almost mirror fashion, the Brandts (Ursina Lardi and Bruno Todeschini) are also lost in the silence of a relationship which has reached the end of the road. Although very different, the four of them are all cut adrift and find themselves forced to rebuild relationships which seem to be caught up in conventions.

What’s surprising about this film, lending it a fascinating subtext, are the people who piece Giorgio and Maria’s love story back together and who breathe new life into their future: the priest and the sex worker, two marginalised individuals who nonetheless hold the key to a redemptive world built upon trust and affection. Distancing the two protagonists from the stereotypes society tends to associate with couples and, first and foremost, with families, these two advisors work from the shadows to help them breathe once again and start their lives afresh with greater lightness in their hearts.

Serving as a backdrop to this story, which conjures up the cold, industrial rigour of Antonioni’s works, is the city of Turin with its sanctimonious yet industrial, conservative yet multicultural soul. Like the doubts tormenting Maria and Giorgio, the many close-up shots of the actors’ faces clash with the angular factories of Turin, to remind us that reality is full of rich nuance and is never black and white. 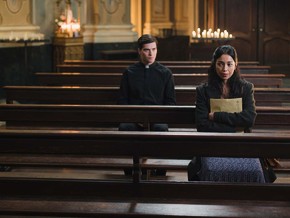 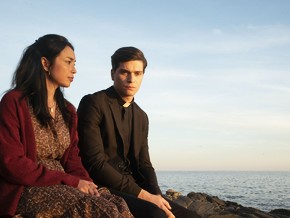 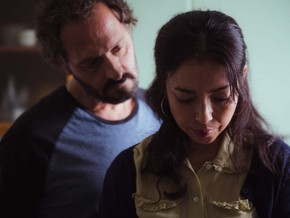