The film revolves around just two characters: a father and a son who have set off on holiday to the mountains in order to get to know one another better and to strengthen a bond which seems to be unravelling unavoidably. After a short car journey, the father, Michael, played by Peter Hottinger, and his son, Benny, played by young talent Dorian Heiniger, leave “civilization” behind them in order to lose themselves in the rocky mountains and the forest, which act as a backdrop to the entire film. The small house owned by the father, a typical Swiss Alpine retreat built right on the edge of an imposing boulder which seems to forewarn of some imminent danger, is the fulcrum around which the days pass.

From the very beginning of the film, despite there being no clear warning of the unfortunate events to follow, something doesn’t feel quite right, whether it’s the slight awkwardness between the father and son or the utterly isolated situation they find themselves in. Even though the only real danger hanging over this idyllic mountain holiday seems to be boredom (amplified by their pact not to use traditional means of communication), small but significant clues, such as the overwhelming abundance of tins of ravioli and other long-life food products in the cellar - where there’s also a gas mask - and the spectacular explosion of the one mobile phone available to them, gradually corrode this natural idyll, fast turning it into a nightmare. What if this “holiday” went on forever? And what if the outside world and its distressing threats disappeared, giving way to a day-to-day existence reduced to its most basic form, repeated ad infinitum?

What Retreat depicts is a shattering of ideals which appear obsolete: the Alpine idyll, power and abuse as the only line of defence, fatherhood as the only real possible bond… The increasingly palpable tension exuded by the film stems from the film’s majestic photography (courtesy of Robin Angst), which contrasts with an, at times, forced form of intimacy based on an image of fatherhood which clings with all its might to archaic, outdated ideals. Schwitter shows us how this intimacy must be constructed - or rather deconstructed - with patience, rather than performed by male models who appear grotesque by today’s standards. The proliferation of suggested scenes, images and situations which unfold off camera, all feed into an atmosphere which is sometimes reminiscent of Haneke’s masterpieces. Michael believes he should turn his son into a “real” man, teaching him how to hunt, shoot and knock back a good beer, but it’s Benny who ultimately saves him by way of compassion.

Leo Schwitter depicts a generational clash with great expertise, revealing just how lucky we are that society is changing (and not just for the worse).

Retreat is produced by the young collective of filmmakers who make up EXIT Filmkollektiv, to which the director belongs, alongside Sabotage Filmkollektiv, while Alief are entrusted with international sales.

After two years marked by the pandemic, the festival is ready to reopen to the public with a grand total of 217 films, selected from the 642 submitted

The 63rd Thessaloniki International Film Festival is ready to blast off 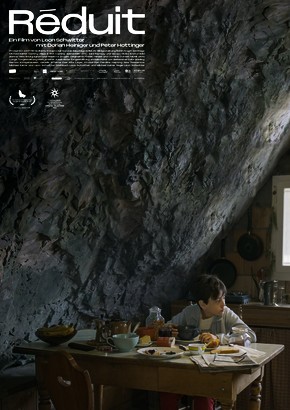 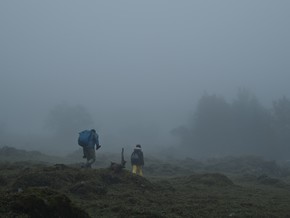