We’re crazy about horror films populated by vampires and other creatures lurking in the shadows, but have we ever asked ourselves how tiring it might be to live alongside such a monster, taking care of said creature and managing its dietary requirements while hiding away from the world? New British director Jennifer Sheridan tries to offer up an answer to this compelling question in Rose: A Love Story [+lee también:
tráiler
ficha de la película] which, as the title suggests, is a romantic, modern-day version of the classic film genre.

Selected in competition and battling it out for the Melies Award at the Trieste Science+Fiction Festival, Rose: A Love Story is written by Matt Stokoe, who also stars in the film alongside his real-life partner Sophie Rundle (Ada Shelby of Peaky Blinders). Indeed, the pair’s off-set chemistry can be felt in their brilliant acting performance, lending the film an even greater sense of intimacy. Rose and Sam are a couple living in total isolation in a wood (the film is shot in north-west England’s Lake District, in Cumbria) and at the beginning they seem like survivalists in a post-apocalyptic near future. As it turns out, they’re concealing an unspeakable secret within a perfectly normal world.

Their life revolves around a strange routine. She’s a writer and suffers from some sort of illness which obliges her to remain inside the wooden house surrounded by trees. While Rose works on a new novel using an old-fashioned typewriter, Sam ventures out into the snow to collect rabbits caught in traps or to take care of his vegetables (which happen to include plenty of garlic…). He then returns home and sets about preparing dinner for his wife, who is applying leeches to her legs and reading a good book. Their only contact with the outside world is a man named Alan who brings them cans of petrol each month to power their heating. One day, a boy turns up (Nathan McMullen) in Alan’s place, who tricks Sam and steals his money. Sam subsequently tracks him down in the local town and beats him up.

The film’s intense atmosphere slowly exudes emotion while releasing very few clues. But the arrival of Amber (Olive Gray), a lonely girl on the run from her own family, shatters their routine. For Rose, who wants a better life for her husband, far away from her and the terrible situation which binds them together, Amber represents an opportunity for Sam to escape. But Sam would do anything for his wife, even though he knows it can’t last. The film’s ending is rushed and the screenplay jars like a jammed piece of paper in a typewriter, forcing the story towards an implausible twist. What does prove memorable, however, is the melancholy story of love and loss lived by a young couple who can’t stop time, not to mention the threat of sudden violence (set off by the mere smell of blood) constantly hanging over their lives. “I promise to love and honour you, for better or for worse, in sickness and in health”… If only there were a supernatural clause in this Catholic wedding vow.

Rose: A Love Story is produced by The Development Partnership, Bone Garden Films and Mini Productions, with international sales in the hands of The Yellow Affair. 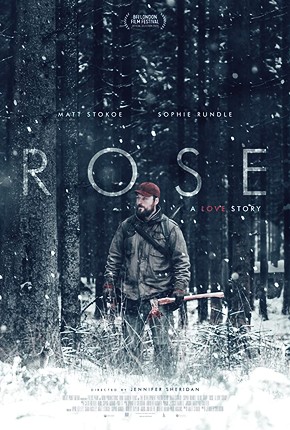 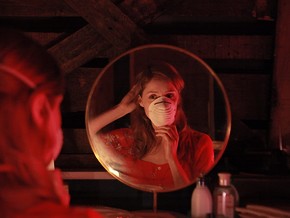