Although Swiss sculptor, painter and engraver Alberto Giacometti, originally from the mysterious Val Bregaglia, is considered to be one of the biggest artists of the twentieth century, not everyone will know that he certainly wasn’t the only one in his family endowed with artistic genius. His father Giovanni, along with his brother Diego and sister Ottilia (despite being held back by overbearing gender stereotypes which stifled women of her generation), never conceived of dedicating themselves to any activities outside of the artistic and creative worlds. It was an instinctive, nigh-on vital need, almost certainly rare in a closed-off mountain village like Borgonovo di Stampa in the Canton of Grisons. It’s this very family odyssey, the extraordinary destiny of a dynasty of artists, that Swiss Romansh-language director Susanna Fanzun looks to explore in The Giacomettis, which is competing for the Audience Award in the Solothurn Film Festival.

Structured in a fairly traditional style, Susanna Fanzun’s documentary homes in on Giovanni Giacometti’s life story and his visceral connection with the hostile yet intriguing Val Bregaglia, before later focusing, in gradual fashion, on the experiences of his four children, especially that of Alberto. The question the director seems to be asking is how the place where they were born - on the surface, light-years away from the artistic frenzy of Paris - shaped the Giacomettis to the point of turning them (each in their own way) into artists of international renown. Although the connection between the father, Giovanni, and the Bregaglia region, captured in extraordinary fashion by Pierre Mennel’s photography, seems inevitable, imbuing the artist with a deep need to draw sustenance from the wonders of nature (which Giovanni Segantini before him also painted), it’s harder to define what exactly connects Alberto to the valley. We sense that it’s not so much the place that he’s drawn to like a moth to a flame, but the people he cares about who live there, particularly his mum Annetta, his confidante, of sorts, and the only woman he really seems to respect (together with his sister Ottilia). As they stress in the film, Alberto probably wouldn’t have reached such heights or lived such a genuinely authentic life, were it not for the freedom and independence that their parents allowed them.

Although the film depicts the lives of the Giacomettis faithfully and in great detail, the linear structure distinguishing it sometimes makes the movie too static. Wonderful shots of Val Bregaglia occasionally become lost in a story which could have been more experimental in kind. The film also raises questions which we would have loved to explore further, but which are regrettably left in an embryonic state: the role of women in the family and the differences in how Ottilia is treated compared to her brothers (especially in terms of education), but also Diego and Alberto’s relationship, or that of the latter with the women who crossed his path, first and foremost his wife. In this sense, the story might have benefitted and gained greater depth from the series format. What is sure, however, and what clearly transpires in the film, is that the Giacometti family were out of the ordinary, to put it mildly.

The Giacomettis is produced by Dschoint Ventschr Filmproduktion, alongside Pisoc Pictures, in league with SRF and RTR. 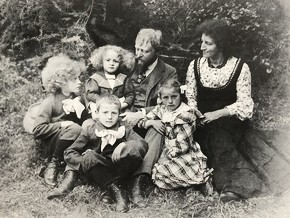 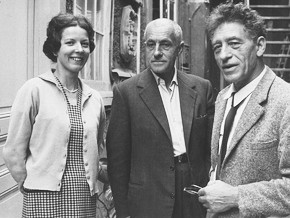 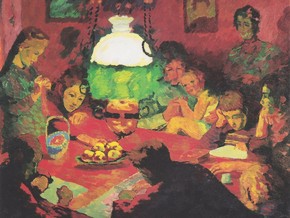